In the recent episode of fans favorite reality show Bigg Boss 15, fans and audiences see the strongest contender Shamita Shetty bursts out in anger on Pratik Sehajpal within a heated interaction and the chaos that follows this

Where Bigg Boss 15 this season has always been identified as a show where audiences and fans assess and see minutely how the contestants play their game strongly by channeling their energy and intelligence with appropriate use of their mind, we also see how emphasis is paid to the fact that when the contestants take stands for themselves whenever needed, audiences and masses are smart and intelligent enough to chip in their opinions and observations of the same via social media along with fans too who minutely watch each episode and continuously assess their favorite contestant’s behavior in the show. In this show, audiences and fans are the ultimate game changers as if they love and support someone a lot and make them stars then their votes can also make them winner or a loser.

Hands down, today Bigg Boss is the only show where audiences and fans see the celebrities for who they really are which is just a real, raw and unfiltered version of them that makes it easier for fans and audiences to decide who deserves to win and who does not win the game in the end. Ultimately, it is all about contestants showing their real side as human beings beyond the star power and persona throughout and not pretending to be fake and unreal till the culmination.

It is all about taking stands for themselves and others when they feel something is wrong and morally not correct and performing tasks by being fair and square through keeping their aggression and physical strength in check and standing up to the groupism, favouritism and bullying in the house by describing the strong and emotional side to them and not letting the vile incidents affect them emotionally and mentally.

In the episode, we see that after everyone is inside on the beds, only Rajiv and Shamita are seen sitting outside on the couches and talking about the recent nasty altercations which happened in between her and Abhijit which is when Rajiv also adds in that Abhijit had also insulted and made fun of his character by calling him out as a half man and not a complete person which he let go and didn’t paid heed to it that much as he felt stupid of making an issue out of this. 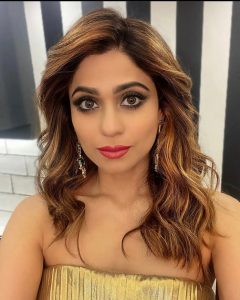 Then Shamita revealed that this is such a huge thing and he did not tell her or even Salman right now and then Pratik who had been passing by happened to hear this conversation and stepped in as a peace maker and mediator by saying that he was there and listened to it but also had felt that this is not a thing to make an issue out of. Pratik also added that after Abhijit had uttered this, he had gone to confront him about this and told him that this was not a good thing which he did.

But here Shamita is really not ready to listen to Pratik and his explanation in any way and finally even she ends up shouting on Pratik saying that she does not want to talk to him right now.