In the upcoming episode promo of Bigg Boss 15, fans will be seeing how Karan Kundrra and Shamita Shetty along with other celeb contestants are seen joining their forces together inorder to make the VIP contestants lives also challenging. Read on to know more

We can see the game becoming more tough and difficult for the celeb contestants in the house who even after indulging in physically aggressive fights, using bad derogatory expletives against each other, taking stands for what is morally correct, and using physical strength along with playing mind games for going ahead in the game and also coping up with the mindblowing and unexpected twists introduced by makers each time sadly failed in playing their own game and also did not entertain the audiences and fans which is why the show didn’t get the TRP ratings but ever since the entry of five new wildcard contestants in form of Rakhi, Rashami, Devoleena, Rakhi’s husband Ritesh and Abhijit Bichukale has gotten more spicier, entertaining, tough and testing one for all the contestants as well.

We can see that all the celeb contestants are really pissed off and not liking the fact that after the dissolution of the VIP zone by Bigg Boss, now these five new fiery wildcard VIP contestants have also made their entry in the house and are literally ruling on the NON VIPs and making them all do tasks and dividing the house duties by assigning it to them and each thing has a huge chaos and drama in form of fighting and instant reaction that follows right after it and in some sense now the real game in the house has actually started as these VIPs with their own ways have woken up the celebrity contestants which was a strong warning and wake up call for them all to pull up their socks as well. 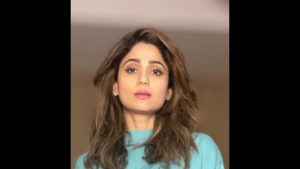 In the forthcoming episode promo of Bigg Boss 15, we can see that Shamita Shetty and Karan Kundrra who are witnessing the way in which these wildcard contestants especially Rakhi, Rashami, Ritesh and Devoleena have been trying to push all of their wrong buttons by using their arrogant tone to talk to them and rudely announcing the tasks and other things which made both of them angry and so done with all of this constant over the top drama in the house that finally both Shamita and Karan decide that this time around all the non VIP contestants are going to come together in order to ensure that these new wildcard VIP contestants cannot stay easily and peacefully from now onwards as they all will rebel and retaliate against all five of them and make their lives more difficult as they are all just ordering them to do things.

The promo clearly mentions that the NON VIPs have only one mission which is making lives of the VIP contestants more hard and full of thorns and Karan also mentions that they have to irritate them to get a strong reaction out of them all.

(Also Read: Bigg Boss 15: Tejasswi Prakash Questions Karan Kundrra If He Has Ever Been Found Cheating On His Ex-Girlfriend Anusha Dandekar)