Bigg Boss 15: This Is How The Makers Of The Show Are Planning To Extend The Particular Season Of The Famous Reality Show – Deets Inside

One of the most popular reality shows on television is Bigg Boss. The contestants’ current gameplay in the house is quite impressive, and they are revealing their true identities in the house. As a result of all of this, the show’s creators are coming up with a variety of new concepts for the show. As we all know, the show got a new twist and a big surprise last year when the producers decided to extend it due to its high popularity and it aired until Valentine’s Day with six more wild card entries inside the house. Even this year, we’ll be surprised because the show’s producers have decided to extend it.

According to recent reports, Bigg Boss 15, which was supposed to have its Finale on January 16, has been extended until January 31 due to the show’s enormous popularity. It appears that the season will now be extended until the end of February. Another reason for the show’s extension is its high TRP and large fan base across India, as the pandemic is one of the reasons. 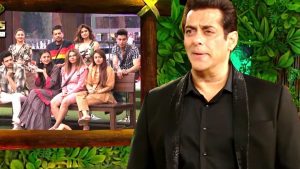 Due to the show’s extension, it’s clear that a slew of wild cards, including Simba Nagpal, Rajiv Adatia, and Vishal Kotian, will return to compete against the old contestants. Even Salman Khan has no shoot dates because his Tiger 3 shoot has been rescheduled, so the actor has agreed to give additional dates for the extension. Vishal tested positive a few days ago but is now negative and has recovered quickly, allowing him to re-enter the house after a few weeks.

It is also being reported that Umar Riaz, one of the most powerful contenders in the Bigg Boss house, who was evicted last week after getting into a physical altercation with Pratik Sehajpal, is set to be the reality show’s fourth wild card member. As a result of the audience’s outrage over the producers’ decision to evict Umar Riaz, there was a massive Twitter storm urging Umar to return to the show. A few well-known faces were also seen expressing their displeasure with the unjust eviction. As a result of the 17 million demand for Umar Riaz to return to the show, the producers have decided to have him re-enter as a wild card. Umar is currently being quarantined. Let’s see what decision the producers of Weekend Ka Vaar have made with Salman Khan.