Bigg Boss 15: Rashami Desai Tells Rajiv Adatia About Her Doubts Of Umar Riaz Having A Girlfriend Outside

Where Bigg Boss 15 this season has always been identified as a show where audiences and fans assess and see minutely how the contestants play their game strongly by channeling their energy and intelligence with appropriate use of their mind constructively by performing the tasks and playing fair, the special emphasis is also paid to the fact that when contestants take stands for themselves whenever needed, audiences and masses are smart and intelligent enough to chip in their strongly opinionated responses and observations of the same via social media along with fans too who minutely watch each episode and continuously assess their favorite contestant’s behavior in the show.

It is through this show Bigg Boss that everyone connects with the celebrities for their realness and not because of their thrills and glamorous life as stars but with them as real individuals and persons who also have their own journey and struggles that are slowly seen within the entire show’s duration and that heart to heart connect is what makes this show so enjoyable and captivating for audiences and fans to watch and also the makers keep on getting new twists to keep us glued to the screens.

In the recent Weekend Ka Vaar episode, its a sad news for the UmRash fans as Umar Riaz and Rashami Desai’s growing distance and difference of opinion is seen and the good bit is that it brought up an interesting conversation between Rajiv and Rashami that fans will like to know about. 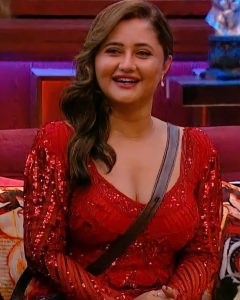 Rashami is seen sitting down with Rajiv Adatia and telling him that she doesn’t know why has Umar stopped talking to her all of a sudden but Rajiv Adatia told her to not worry about it and go talk to Umar and then he also added how Umar likes her a lot.

She also whispered to Rajiv in hush tones about how she has heard that Umar already has a girlfriend outside the house and Rajiv reassured her that there is nothing like that as both of them have broken up but not agreeing with this, Rashami also says that this is not so which is reason he is keeping himself away from her.

Just then, Umar came and Rajiv asked him the burning question. He asked Umar why he was not talking to Rashami and giving his response to same, Umar tauntingly said that he doesn’t talk to people who are neutral by nature and this made Rashami look at Rajiv and argue with Umar as well.