Bigg Boss 15: Rashami Desai Spills Beans About The Two People She Feels Would Be A Tough Competition To Her In House

In a recent interview before her entry in Bigg Boss 15, Rashami Desai opens up on her choice of the two celeb contestants that have it in them to be the strongest competitors at par with her. Read on to know more

Where Bigg Boss 15 has always been about how the contestants play their game strongly with their mind and wit and also take stands for themselves whenever needed, it also places importance on how only it is the survival of the strongest and most loved celebs in the show that play a pivotal role in making the best out of the contestants by molding them into real winners who are also loved by audiences and fans.

We saw how the game changed totally with the entry of three fiery wildcard contestants in form of Devoleena Bhattacharjee, Rashami Desai, and Abhijit Bichukale.

In a recent interview with an entertainment portal, Rashami Desai spoke her entire heart out in this tell-all conversational chat by mentioning that she is currently supporting her two friends Jay Bhanushali and Tejasswi Prakash on the show as they are both playing so well that they don’t need any tips from her.

When asked about whose game she could not connect within the show, here Rashami quickly mentioned Pratik Sehajpal’s game at all and also agreeing with the nation and netizens sentiment, she also said that Umar Riaz is worthy and deserving to be in the top five according to her. 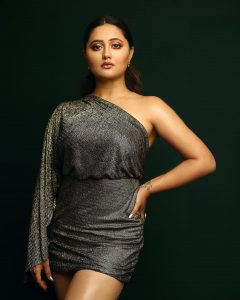 When asked about Vishal Kotian she added that as an audience she doesn’t like him but his attitude and dedication towards the game is commendable and adding how Nishant does the same thing as Vishal but Vishal lacks the communication skills according to her which Nishant has a lot and also lauding Vishal she added that he has proven himself to be an amazing player right from the start wherein he has gotten into the Bigg Boss house on his own and also got in as a VIP contestant and also added in that she finds Tejasswi and Karan’s jodi too cute and is also supporting TejRan and also added in the both Karan Kundrra and Nishant Bhat are going to be the toughest competitors in the show.