In the latest episode of Bigg Boss 15, contestants Shamita Shetty and Neha Bhasin were seen reviving their friendship. The Jag Ghoomeya singer finds a bestie in Shamita

In the upcoming episode of Bigg Boss 15, the top 5 contestants will face the ultimate test of their friendships and relations as they will get to decide the fate of the Bottom 6 contestants. This catastrophic task saw the eviction of Simba Nagpal from the Bigg Boss 15 house. And looks like his friends are going to feel his absence in the controversial house. Vishal Kotian, who prides on calling himself one of the game’s strongest players, admits that he is missing Simba’s company.

Meanwhile, Nishant Bhatt and Neha Bhasin start arguing as she feels judged by him, despite being a friend. Jay steps in and starts defending Neha. He lashes out at Nishant for not understanding the value of friendships. His intervention infuriates Nishant, leading to a big fight between the two. While their company takes a fall, Neha and Shamita’s friendship grows stronger by the day in the house. The two have a candid moment where they confide in each other and forge a strong bond. Is this the beginning of a new alliance in the house? 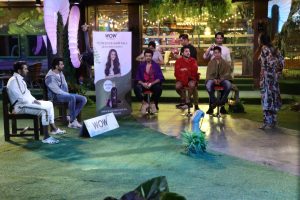 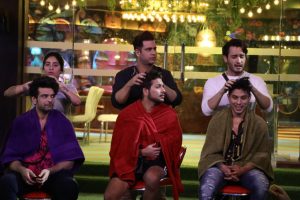 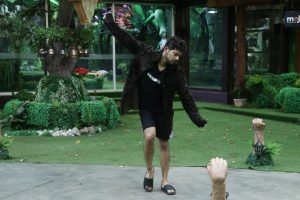 Later in the day, the housemates are given a fun task to participate in a ‘champi’ competition! Tejasswi Prakash and Shamita judge this task while the rest pair up with one another. During the rounds, judges give the participants a particular emotion to express while praising their ‘champi’ partner. During the same episode, Pratik Sehajpal was also seen breaking down and getting emotional for choosing between Neha Bhasin and Simba Nagpal. In the latest episode, we also saw Simba leaving the show. Yes, Simba’s name was mutually decided by the top 5 contestants. During the task, Shamita Shetty was seen saying that she can’t take her friend Neha Bhasin’s and brother Rajiv Adatia’s name

Meanwhile, in the upcoming episode, controversial queen Rakhi Sawant will be seen arriving inside the show. But we wonder if Rakhi will finally show her husband Ritesh’s face to the world?