Bigg Boss 15: Bestfriends Nishant Bhat And Pratik Sehajpal Get Into A Massive Fight Over Kitchen Duties. Pratik Says, “Your Ego Is Hurt”

Nishant Bhat and Pratik Sehajpal have been the best of friends ever since the two of them appeared together on the digital version of Bigg Boss. Both Pratik and Nishant are always seen together no matter what the circumstance is. Their friendship is loved not just by their fans, but by their fellow contestants and every celebrity guest too. However, the two got into a nasty tussle today over certain kitchen duties.

Talking about the incident, all hell broke loose between Nishant Bhat and Pratik Sehajpal today after Nishant refused to cook seperately for wild card contestant Abhijit Bichukale who is on a fast today. This did not go well with Pratik Sehajpal who decided to cook seperately for Abhijit. However, Nishant did not like Pratik’s interference, which resulted in the two getting into a huge tussle. Their arguement flared up to an extent where Pratik was seen accusing Nishant of his ego being hurt. Pratik was seen stating that Nishant’s ego is hurt because he went against Nishant and did not listen to him. This accusation of Pratik only worsened things for the two and ultimately, housemates had to intervene. However, housemates too were seen picking sides amidst this fight between Pratik and Nishant. While some housemates decided to support Pratik Sehajpal, a few others stuck with Nishant Bhat and declared that he is correct. Interestingly, Abhijit Bichukale was seen stating that he does not want anything cooked for him seperately while Pratik decided to stand up for him. 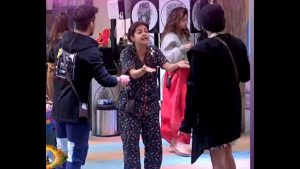 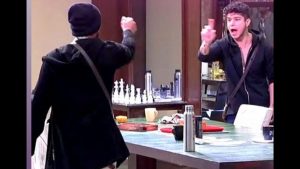 Pratik Sehajpal and Nishant Bhat were at the loggerheads some time back too when Nishant could not choose him over Vishal Kotian during a task meant to choose a VIP member. During that tussle too, Pratik was seen accusing Nishant of not having his priorities set.

Well, what do you think of this massive fight between Pratik Sehajpal and Nishant Bhat? Let us know in the comments section below.