Now that we all have seen the cruelty of Bhadrapratap in Paurashpur, do you think he was more evil than Bijjaldev from Baahubali?

Whether it is in real life or a reel story, patriarchy has always been prevalent in our society. Most of the time, it is the old men with power and authority, who try to suppress everyone else for their own gains. Today, we discuss two royals from the two of medieval India’s fictional kingdoms – Mahishmati and Paurashpur.

Almost everyone across the nation knows about Mahishmati through SS Rajamouli’s Bahubali and its sequel. Paurashpur is a fictional kingdom from the series which was released on ZEE5 at the end of 2020. Paurashpur revolves around the story of the kingdom, ruled by a misogynist king Bhadrapratap. 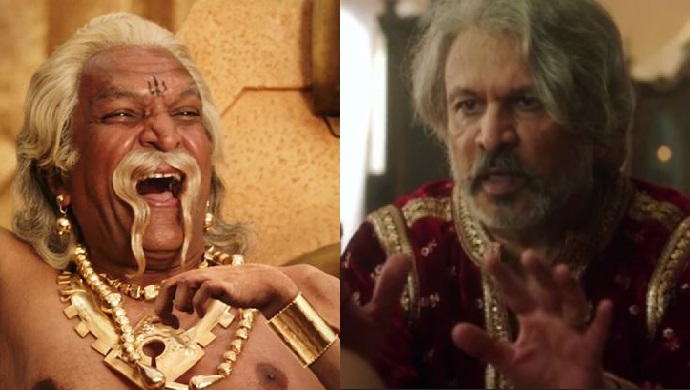 While Bijjaldev of Mahishmati never became the king, Bhadrapratap, for Paurashpur’s misfortune, did. Bijjaldev, having a fragile ego like any man, disrespected that decision and grew to believe that it was because he was handicapped. He refused to believe that Queen Sivagami was just more worthy of the title. Because of this, for the latter part of his life, he grew to hate Sivagami for taking the throne.

Also read: Paurashpur: From Boris To Queen Meerawati, A Brief Introduction To The Show’s Main Characters

Bhadrapratap, on the other hand, became the king and began misusing the power. To satisfy his lust, he would marry any woman he wanted, and abuse them if they did not satisfy him. Even when his queens went missing, he did not care to search or look for them. He simply accepted their absence and went on to marry someone else. 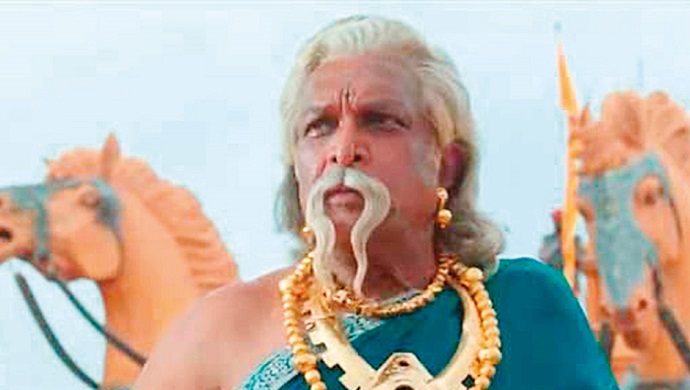 Bijjaldev had a son who grew up just like his father. Misusing power, claiming his rights over people, and plotting conspiracies to get the throne, is what would ideally describe him. Due to these characteristics matching with his father’s, Bijjaldev loved and took pride in his son. Even if it meant that his son would grow to be a tyrannical murderer.

In Paurashpur’s premises, things were different. Bhadrapratap’s sons were not like him. While one son was an artist and neglected politics and wars, the other son was a homosexual and took no interest in his wife. This would disappoint Bhadrapratap as he had certain definitions for ‘manhood’. 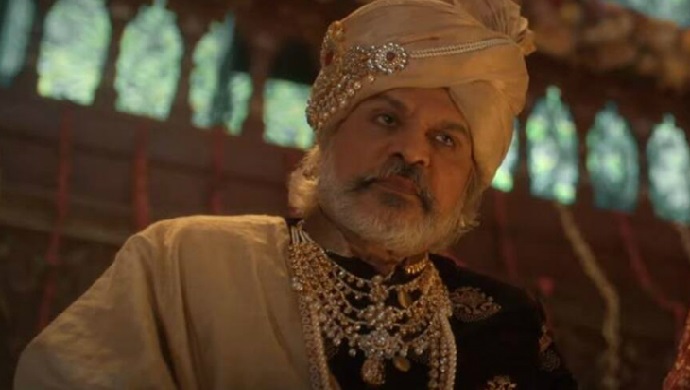 Bijjaldev also was a cruel man who got his wife killed for the means of seeing his son on the throne. On the other hand, Bhadrapratap was someone who would go to any lengths to torture his wives for the sake of his pleasure. Both of the evil men of royalty, due to their actions, gave rise to rebellions against them that eventually defeated them and destroyed their ego.

Seeing their actions, who among these two, do you think was the worst purush?

Watch the uprising against Bhadrapratap’s tyranny, in Paurashpur on ZEE5.

For more stories on your favourite shows and films, stay connected to ZEE5.