Best Of 2020: Take A Look At Some Of The Best Posters This Year

As the new year is around the corner, we would like to reminisce some of the best posters of ZEE5 originals and shows that released in 2020. Scroll down to take a peek.

Though most of us were cooped indoors for months in 2020, we can’t deny that this year also offered us some entertaining and interesting content. From comedy to thriller, ZEE5 offered a wide range of content for its subscribers. To reminisce the same, we would like to list down our favourite posters of the ZEE5 shows and movies that intrigued us throughout this year. Scroll down to take a peek into our list.

The show is all set to start streaming on India’s largest video streaming platform from December 18. In the below poster, we see the lead cast of the show. Conveying that it will be a dark-themed series, the actors in the poster are seen sporting black-outfits. What attracted my attention was the fact that though the poster had only one male lead and the female leads, who are the protagonists were shown prominently.

Bicchoo Ka Khel was undoubtedly one of the most talked shows in November 2020. The show bagged a positive response from the audiences and the critics alike. I liked the below poster and the reason is simple because it narrating the premise of the story.

Bejoy Nambiar’s Taish, starring Pulkit Samrat, Harshvardhan Rane, Jim Sarbh, Kriti Kharbanda and Sanjeeda Sheikh, started streaming on the platform from October. The reason for picking the below poster is that the makers released an individual poster for each character. And only a few posters featured all the lead cast in it. And, it was one of them.

Kunal Kemmu starrer Abhay was back with a bang as it managed to bag headlines ever since its inception. In the below poster, I liked how all the negative characters were featured at the back of Kunal Kemmu attempting to convey that they can backstab him. Jokes apart, but actually the colour combination of the poster makes it worthy of your attention.

Do I need to specify why the below poster deserves a spot in this list? Well, if yes, then this August release of the platform was quick to grab the attention of the audience for its quirky content. The way four leads are placed along with an eye looking from burkha made it intriguing. Even without knowing the context of the series, you can assume what to expect from the show.

Every time we have a movie revolving around a friendship, it has to grab our attention. The below poster takes us on a nostalgic trip. For a moment it will take you back to your college/school days.

Adding another poster, which sets a lighter-theme, is Chintu ka Birthday. Two soldiers on the corner and parents flaunting their smile along with a cute kid who is not at all bothered about anything; what else do we need?

Kaali is undoubtedly one of the special originals of ZEE5. And, the reason behind is that it is the first Bengali web-series on the platform. It’s very rare when we see female actors featured in the official posters. Seeing actor Paoli Dam in the rough-and-tough avatar was a sheer joy to all her fans.

If you like things colourful, then you can’t stop gushing around Bamfaad’s poster. The title of the show has various colours and it also featured critically acclaimed actors like Vijay Raaz and Jatin Sarna among others.

Bollywood actor Karishma Kapoor marked her digital debut with ZEE5 original series Mentalhood. In the below poster we can catch the expressions we often see on our mother’s face. And, of course, the only expression most of us sees on our father’s face, that is just laughing on the goof ups.

Divyendu can slip into any roles you offered him. In the below poster of Shukranu, released in February, we see helplessness on his face and instead of feeling sorry for him, we are eager to know the reason behind it.

Last but not the least, Never Kiss Your Best Friend‘s below poster is my personal favourite. The poster illustrates what its title says. 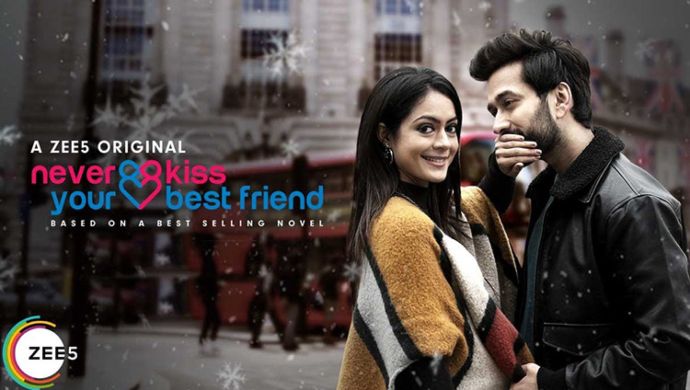 To watch interesting content in the upcoming year, stay tuned with ZEE5!