Ata Tari Sudhar Re Gary: All The Times Mazhya Navryachi Bayko’s Gurunath Made Plans That Were Busted!

Shanaya has collected proof against Gurunath and is plunging ahead with Radhika to destroy Gurunath. But will this stop the man from doing more evil?

Mazhya Navryachi Bayko‘s Gurunath (Abhijeet Khandkekar) is about to get another blow by his ex-wife Radhika (Anita Date). The show started with Radhika and Gurunath’s marriage getting shattered due to Shanaya’s entry into their life. While Radhika took a step high and established herself as a successful entrepreneur, Gurunath’s downfall was evident. His plans to keep his affair with Shanaya a secret failed miserably. And when he knew that Radhika would soon ditch him for the bad influence he had become on their son, he started scheming to get Radhika out of the picture! But even though he tried to get Radhika Masale transferred to his name, his plans failed yet again. And this time Radhika gained the support and companionship of Saumitra (Adwait Dadarkar).

Watch an episode of the show Mazhya Navryachi Bayko here.

But Gurunath did not mend his ways. He went on crusading and destroying the lives of the people near and dear to him. These include his parents and his wife! Gurunath’s evil plans include the destruction of his family. He is so selfish that he does not even care about his son. The fuel to the fire is Gurunath’s thirst for revenge against his ex-wife Radhika. Radhika repeated foiled his plans but this did not make him any wiser. He even tried to rob his own parents, but Radhika stopped him from doing so. 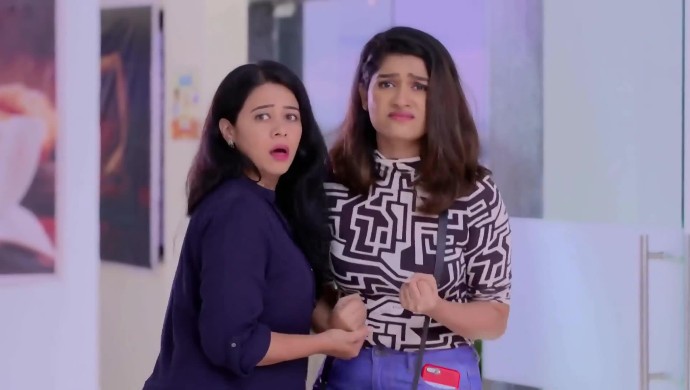 Gurunath also decided to shut Shanaya and her mother up by giving them money and sending them away. But Radhika saved Shanaya by explaining the bad deeds of Gurunath. Next, Radhika spoilt Gurunath’s plan of having everything including finance and stability by showing Maya his true colours. Gurunath is far from accepting his wrongs or making any right. Will he do so in time to save him from a larger punishment? Only time will tell! Hell hath no fury like Shanaya and Radhika scorned! Do you agree?