Check out all the times when Jai Singh plotted evil plans to separate Veer and Rani in Apna Time Bhi Aayega.

Apna Time Bhi Aayega has been giving us mixed feelings with all the romance brewing between Rani (Megha Ray) and Veer (Fahmaan Khan) while Kiara (Preyal Shah) and Jai Singh (Samaksh Sudi) stirring troubles for the duo. This is not the first time that Jai Singh has been the evil protagonist planning against the Rajawat family members. Jai Singh is a greedy person and he would do anything for money. Speaking of which, check out all the times he plotted evil plans against the Rajawat family in the show.

Jai Singh was to get married to Nandini (Sehrish Ali) for her wealth. He showered love on Nandini and convinced her that he is the best she can ever have. Later, Rani found out that Jai Singh was having an affair with Chanda and wanted to marry Nandini only for monetary reasons. Rani along with Veer then exposed Jai Singh and Nandini’s engagement was called off. 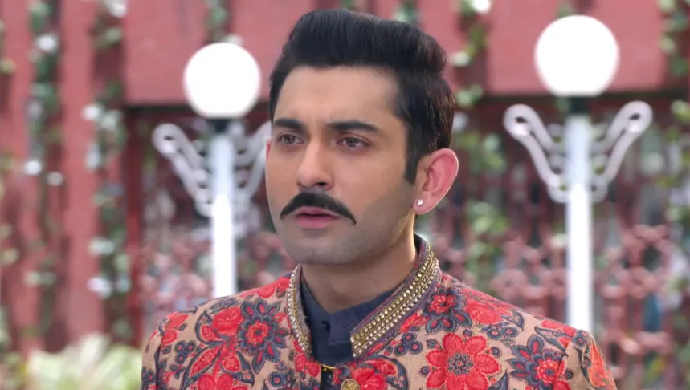 Jai Singh manipulated Nandini and asked her to give him some money. Nandini decided to steal money from the royal vault. Rani saw her stealing the money and she found out that Nandini gave the money to Jai Singh. While Rani Sa assumed that it was Rani behind the theft, Veer was able to find the real culprit.

Jai Singh tricks Nandini to enter the Rajawat family once again. He locks Nandini in cold storage. And as she struggles to breathe, Jai Singh pretends to save her and brings her back to her family. Rani Sa thanks him for saving Nandini’s life thereby allowing him to re-enter their lives.

When Rani confronts Veer about Rani Sa being the real culprit behind the accident, Jai Singh records their conversation and gives it to the police. While Rani Sa gets arrested, Veer blames Rani for it.

After sending Rani Sa to jail, Jai Sing kidnaps Rani as he wanted to seek revenge from her. Jai Singh tortures Rani and also manipulates Nandini in helping him.

Jai Singh tells Kiara that Rani is married to Birju

Jai Singh has been in Goa with Rani and Veer. While Kiara is recovering from her accident, Singh uses this as an opportunity to stir problems between Veer and Rani. With Birju coming to Goa, Jai Singh tells Kiara that he is married to Rani thereby stopping Veer from revealing the reality to Kiara.

Jai Singh and Chanda have teamed up to separate Veer and Rani. Now, Chanda is manipulating Kiara against Rani and while Veer defends her, Kiara doesn’t listen and is eager to insult her.