Amit Sadh Speaks Up On His Role In Zidd; Feels ‘Grateful’ To Essay Major Deep Singh On Screen

In a latest exclusive interview with Amit Sadh, the actor opened up on his new web series, Jeet Ki Zid on Zee5…

Zidd actor Amid Sadh recently sat for an interview with a leading media channel and spilled all the beans on his web series. As per the reports, he opened up about ‘getting lucky of late with his script choices’, ‘donning the Indian Army uniform for the third time across different eras’, and how the faith some people from the industry have in him, has led to his boom on OTT platforms. Watch the full news video below to find out more details:

In the video, Amit Sadh said that he feels very fortunate to be playing such parts. He further added that despite starring in such a big series, he has not forgotten his roots. While speaking on the project, he said “I’m very happy that people are connecting with the story of my character, Major Deep Singh”.

In the interview, Amit was also asked how he feels whenever he puts on the Indian Army uniform for his role to which he said, “I have been a part of three such projects where I had to put on the Indian Army uniform – Raag Desh, Avrodh and Zidd. The amazing part is that all three characters I played and all three stories I was a part of are real incidents. These things happened and these are real people. So of course, the learning is immense.”

ALSO READ | 10 Things: Nushrratt Bharuccha reveals a surprising SECRET about her identity among other unknown trivia

Sadh pointed out that the industry had stopped showcasing a lot of stories about the Indian army. But now, he is very happy that the trend has begun again with the right ‘form, integrity and intention’. He likes to think he is a ‘catalyst’ who has helped in reviving the trend again. He also mentioned that he is very grateful to the makers of Zidd, who believed in him and provided him with the opportunity to star in a series such as this. 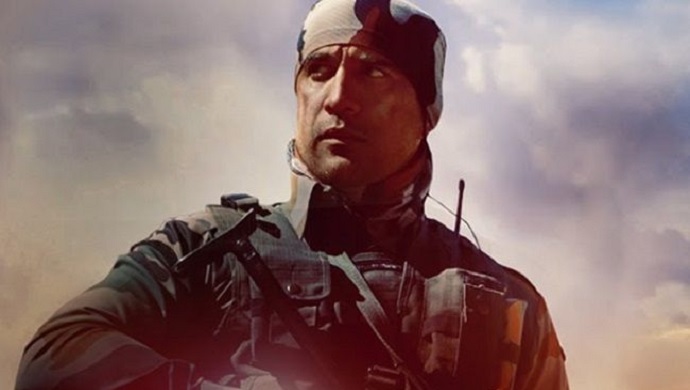 While speaking on a difficult scene he had to shoot while carrying a heavy man, he said that even though it was hard, he consoled himself thinking ‘I’m playing the role of Major Deep Singh, I should show courage. A lot of people are banking on me’. He also added that his team helped him a lot throughout the project.

He concluded the interview by revealing that he wanted to meet Major Deep Singh and his wife after the shoot was completed. He got the chance to meet him and have a couple of interviews with him, for that he feels very honored and grateful.