Ahan Shetty And Sunil Shetty Are Poles Apart From Each Other; Says The Director Milan Luthria

Ahan Shetty, Suniel Shetty’s son, is set to make his Bollywood debut with Tadap. The film has been directed by Milan Luthria and stars Tara Sutaria alongside the debutant. Director Milan Luthria spilt the beans on Ahan Shetty and more in a recent interview

Ahan Shetty has been making waves in Bollywood even before the release of his debut film, Tadap, and is counted as one of the most sought after and promising actors of Gen-X.

The overwhelming response to the trailer for ‘Tadap’ shows Ahan’s popularity among the audience, particularly among the females, who are eager to see the star shine brightly on the Bollywood horizon. 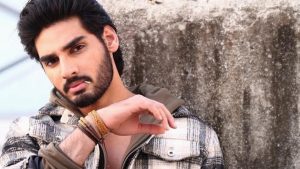 Since the release of Tadap, audiences, critics and other industry members, including the BigB Amitabh Bachchan, Paresh Rawal, and Mohan Lal, have been praising the raw and intense Ahan Shetty, the rising star of the Tinseltown who has already gained massive attention as a handsome hunk.

When the director was asked how Ahan Shetty was on set, the director had only positive things to say about him. Ahan Shetty, according to Milan Luthria, is a very dedicated actor who is very focused and grounded towards his work. He stated that the actor is always disciplined on the set and always gives his all to his work. He also stated that Ahan is a very good listener and is always open to learning new things, and he is never distracted from his work.

As the actor had to spend a lot of blood and sweat to make the role perfect during filming, he gradually became better at his job. The people who know him personally and have seen him shooting, no one will say that he is a spoiled star kid. The actor showed real genuineness and potential while shooting the film.

According to Milan Luthria, the father and son are completely opposed. The director added that he wanted Ahan to have his own personality on the set and not and Sunil Shetty’s son, and this was the reason he was so much impressed with Ahan.