Find out the five things we’re already loving about the new character, Anurag, in Aggabai Sunbai!

In Aggabai Sunbai, there’s a mysterious new character who has been introduced in the last couple of episodes. Actor Chinmay Udgirkar has been roped in to play the role of this mystery man, Anurag! The first time we see Anurag is when he shows up next to Shubhra when she’s trying to kill herself. Now, he has become a part of almost every episode and we are getting to know more and more about him with each passing day! He usually wears casual shirts and has glasses. He’s likeable yet there is a seriousness to him that we love. Find out more about this new guy in Shubhra’s life and what we love about him below!

He saved Shubhra in a nice way 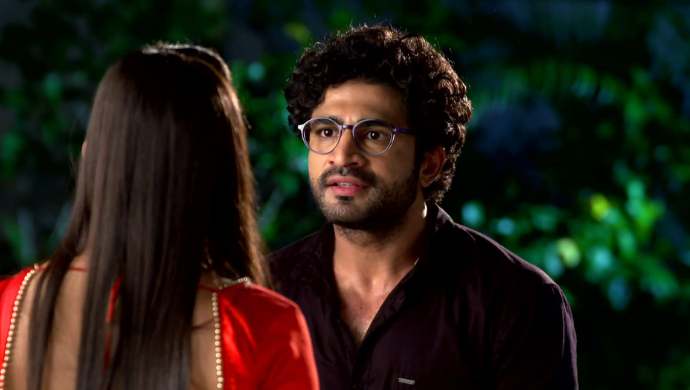 The way Anurag saved Shubhra is very unique and nice. Instead of giving her an over preachy lecture and dragging her off the edge, he told her that he will jump with her. He made her feel like she could talk to someone and he made her think about how sure she is too. He asked if she was sure at least thrice before holding her hand and jumping. He wanted to save her but he wanted her to know that she wanted to be saved as well. There was no knight-in-shining armour kind of theatrics involved in this scene and it made Anurag seem like a do-gooder and someone who can be Shubhra’s friend!

Also read: Aggabai Sunbai: With Shubhra Being Heartbroken, Will The Stranger Bring In A New Love Twist In Her Life?

He is respectful and gentlemanly

He does not leave Shubhra’s side after he saves her and gets her to climb down the stairs. When she cries in terror of what she was about to do, he lets her and he stays by her side to talk with her. He is extremely patient and receptive as well and when Shubhra leaves to the house in a rush, Anurag insists to drop her since it is late at night as well. And when Shubhra spots Soham and asks Anurag to leave, he happily obliges which is really nice to see!

His new friendly relationship with Ajoba

When Anurag sees Ajoba in the neighbourhood, he has a friendly conversation with him. He even offers to walk with Ajoba when no one else accompanies him! While walking we see how Ajoba likes him enough to hold Anurag’s arm for support as well which is a big surprise! We know how much Ajoba loves tradition and did not even like Abhijit in the beginning. Ajoba is a little hard on the outside and it takes him a while to like someone. Ajoba likes Shubhra enough but is quite wary of how scared she is all the time. But with Anurag, Ajoba instantly likes him and we love this fact about Anurag!

Also read: 5 Interesting Things In Aggabai Sunbai That Make It A Must-Watch!

In the latest episode, we see how Anurag is the one to place a stay order on an illegal land that the DBK group (Soham’s company) is interested in. He gives Soham a lecture on life and is very unfazed when Soham talks to him in a brash tone. He is very carefree and does not pay heed to Soham’s remark. He does accept the bribe though, but we think that this bribe could get Soham in trouble later on!

Also read: Aggabai Sunbai: How Soham May Tackle The Situation Of Being Found Out By Shubhra

His personality seems to be a mix of Ajoba and Abhijit

Anurag has a seriousness and conviction in his way of talking and wisdom beyond his years which reminds us of Ajoba’s personality, but when he jokes about things and handles situations in a wise manner, we are reminded of Abhijit. All in all, this makes Anurag a lovable character and we cannot wait to see him interact more with Shubhra and Shubham. We think that Shubhra could really use an actual partner and Shubham too could be very happy with an actual father figure who really teaches him the right things!

Are you excited to see what Anurag does next?