Agga Bai Sasubai: Soham Taught Us That It’s Never Too Late To Choose The Right Path; Here’s How

There is never a wrong time to take the right path and Soham’s story from Agga Bai Sasubai is proof of that, read on.

In Agga Bai Sasubai, we’ve been witnessing some major drama lately. Soham seems to have genuinely changed and it is safe to assume that it is not a facade. If you have been watching the show from the beginning, then you would know that Soham wasn’t always so vicious. He was just a lost boy who could not cope up with feeling replaced. In a lapse of judgement, he took some drastic measures that deeply hurt Asawari. As a result, there was a fallout in the Kulkarni-Raje family. Now he has realized his mistakes and things are starting to look better for the family.

There was once a time when Soham couldn’t stand Abhijit and tried to break apart his marriage with Asawari. Now, he looks up to him and often seeks his advice on various matters. This goes on to show that it is never too late to make amends or fix your mistakes. There is never a wrong time to take the right path and Soham’s story is proof of that.

Soham was an overtly spoilt mama’s boy who was spoon-fed all the time. He would never appreciate Asawari and would treat her as a servant. He was a bad husband to Shubhra and never treated her properly. Most importantly, he was harsh and unfair to Abhijit simply because he couldn’t stand his love for Asawari. Not only was Soham a bad family man, he sought happiness in materialistic things and valued money more than anything else.

Despite all this, he wasn’t a bad person. Having lost his father at a young age, Soham felt threatened by Abhijit’s presence in his life and often expressed his anger by hurting his loved ones. As a result of his hurtful actions, Asawari left him for good and swore never to return.

Soham was initially ecstatic to be free of Asawari but as time passed, he began missing her. When he heard her speech on family, he finally came back to his senses and realized his mistakes. Since then, he seems to have changed and is trying to make amends with her. With his changed heart, he has managed to seek Shubhra and Abhijit’s forgiveness and we’re sure Asawari will soon forgive him. 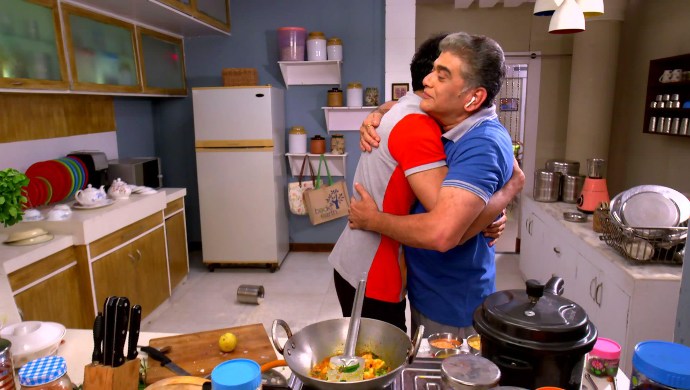 Soham went from being a spoilt mama’s boy to a malicious man, and now he has finally changed for the better. Despite deeply hurting his loved ones, he has sought their forgiveness by winning their hearts with his good behaviour. Even though Asawari and Soham are yet to reconcile, we’re sure it will happen soon. Although, it seemed as if Soham is far too gone, he realized his mistakes and got accepted by his family again.  His story reminds us that it is never too late to change, as all’s well that ends.