In the previous episode of Agga Bai Sasubai, Soham is ousted from his house. Asawari has broken all her ties from her son. She is making sure that Soham understands the value of family and relationships in his life. Even Soham’s wife Shubhra supports this decision.
Watch the promo here:

As mentioned earlier, Soham is finding it difficult to make ends meet. He has already been thrown out of his home. After being banished from his house, Soham chooses to start working as a watchman in his own society. Since Asawari is firm about her decision to not support Soham, all the other society members also refuse to help her son.
On the first day of his work as a watchman, Soham forgets to turn on the water supply for the society. As a punishment, he ends supplying water to the entire society with the help of buckets. When he reaches Aswari’s house, he ends up spilling some water from the bucket on the floor. Soham’s mother ends up making him clean the floor. 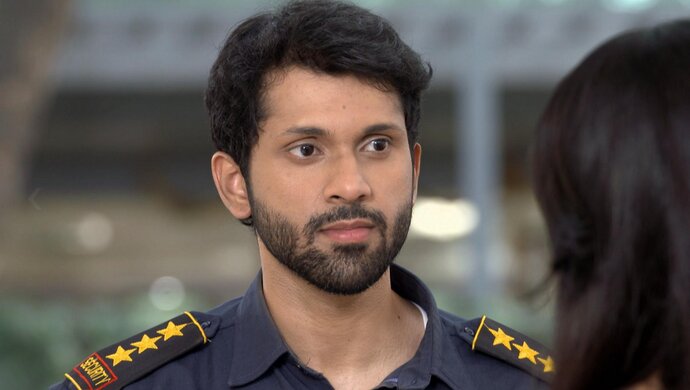 Since Soham used the money given by Patekar’s for his parcel, the society gathers to punish him. Shubhra tells Asawari to save Soham, but she provides Patekar with the permission to punish Soham as he pleases. Soham ends up being kicked out of the society. Shubhra tries to make him understand the situation but he refuses.
In the next episode, Shubhra is giving a presentation in her office. Her presentation goes and her colleagues are also impressed. On the other hand, Soham publishes an ad in a newspaper, stating he has gone missing. This news article reaches a few colleagues in Shubhra’s office. They read it during her presentation. Once she is done talking they ask her about this news piece. They also question her if her relationship with her husband is on the rocks. This discussion leaves Shubhra embarrassed and flustered in the office.