In the next episode of the Zee Marathi show Agga Bai Sasubai, we will see how Asawari thinks about Soham and the way he cut his finger. Although it was a small wound, Asawari still felt as if it would tear her apart. Meanwhile, Asawari’s neighbour comes and gives her some more sarees to turn into quilts. Asawari works and is lost in thought when Abhijeet calls. In a morose tone, he asks if Asawari would want to meet him, but Asawari declines and says that they will meet the next day on their anniversary celebration. Abhijeet accepts Asawari’s wish and cuts the call.

On the other hand, Soham tries to dress the wound and calls for Asawari impatiently. He asks her to come immediately. Shubhra turns up and asks Soham why he is shouting, she sees the wound and tells him that she will dress it. Soham refuses but Shubhra persists and does the dressing. She tells him to be careful. Later, Asawari comes there and tells Shubhra that it makes her sad to see her daughter-in-law not wearing a mangalsutra. Shubhra walks away. 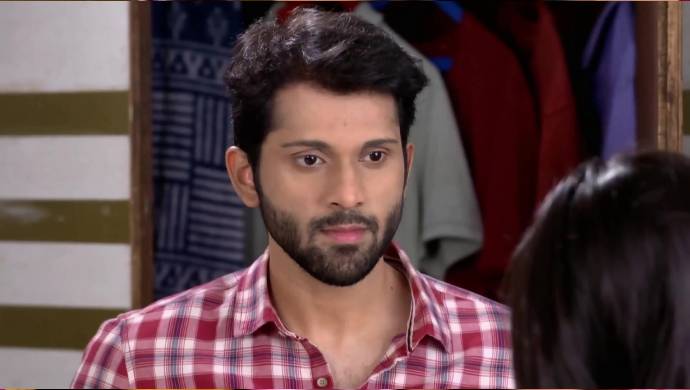 Shubhra goes to Soham’s room and asks him to hand over her mangalsutra. Soham gets scared as he has already sold the mangalsutra. He hands the fake one to Shubhra but she fails to notice the difference and Soham sighs in relief. Meanwhile, Shubhra walks to Asawari’s room and shows her the jewellery she is wearing with her saree for the anniversary function. Asawari gets overjoyed to see the mangalsutra and tells Shubhra that now all the misunderstandings in Soham and her marital life will wash away. Asawari also looks at her own mangalsutra longingly.