From Sushant Singh Rajput and Jiah Khan to Divya Bharti and Parveen Babi, here’s a list of mysterious deaths of actors.

The mysterious death case of Sushant Singh Rajput has been investigated in almost all different directions before finally being considered as a suicide case. While Sushant’s family and his sisters still demand further probe, the CBI and the investigative reports only point towards an alleged suicide. Sushant Singh Rajput rose to fame as the Zee Tv show Pavitra Rishta’s Manav. He later went on to sign big Bollywood blockbusters and carved out a name for himself in the industry. So what could have led to a possible suicide? Here is a list of some other actors who died under mysterious circumstances.

1. Sushant Singh Rajput: He was said to be in depression and under the influence of drugs due to which, he spiralled towards a mental imbalance and died by suicide. Sushant Singh Rajput’s family blamed his girlfriend Rhea Chakraborty to have mentally tortured him and murdered him.

2. Jiah Khan: Jiah Khan was a rising actress when she committed suicide and died by hanging herself in her room. Her mother blamed her boyfriend Sooraj Pancholi but the case was closed after investigation and Jiah Khan’s mother still blames the police and Sooraj for her daughter’s death.

3. Divya Bharti: Rising star and South Indian actress Divya Bharti breathed her last when she was only 19! She had married the producer Sajid Nadiadwala and was stepping into marital bliss when she is said to have jumped/slipped from the balcony of her house. She was said to be intoxicated and under the influence of alcohol.

4. Parveen Babi: Parveen Babi was a star and the dream girl of many men. But she died due to organ failure when she was alone in her house and only traces of alcohol were found in her stomach. Parveen was said to have paranoid schizophrenia and she died due to diabetes. She was found after 3 days in her home.

5. Sri Devi: Sri Devi was with her husband Boney Kapoor at a marriage function, when she slipped into the bathtub of her hotel room and died. Sri Devi is said to have a fatal fall and lost balance as she was intoxicated. But many reports blamed Boney Kapoor of having murdered his wife.

Deja vu of Smita Patil and Effects of Coolie incident on Actor Puneet Issar Just a day before his Coolie accident in 1982, Actress Smita Patil called him around midnight asking about his health because she had a nightmare in which she saw Amitabh Bachchan getting fatally hurt, to which Bachchan Sahab replied her that he was alright. But on the very next day he met with accident on set. Deja vu!!! After this unfortunate incident Actor Puneet Issar, who was playing negative lead in Coolie was blamed everywhere for his UNINTENDED hit while shooting that particular sequence. Puneet was boycotted by Bollywood, media and huge no. Of fans by Amitabh Bachchan. But as soon as Amitabh got back on set and Puneet apologized him Amitabh replied it was just an accident and this kind of accidents do happen on set. He also gave an example where Actor Vinod Khanna was at recieving end and Bachchan Sahab accidentally hit him during a shoot. And the following pic Bachchan Sahab intentionally clicked in front of media so that people can understand that everything is ok between them. But after almost three decades when Rekha went to promote her movie super naani in television show Bigg Boss season 14 where Puneet was one of the participant, she shaked hand and hugged every participant but intentionally ignored Puneet Issar. Well, we wish Puneet and Amitabh sir a very healthy life and more success ahead. In picture: Amitabh Bachchan, Puneet Issar and Manmohan Desai @amitabhbachchan @impuneetissar #amitabh #bollywood #amitabhbachchan #puneetissar #rekha #coolie #manmohandesai #bollywoodstar #bachchan #jayabachchan #aishwaryaraibachan #abhishekbachchan #shwetabachchan #blastfromthepast #amitabh_bachchan #rekhafanclub #amitabhbachchanfans #amitabhbachchan_lovers

6. Manmohan Desai: The famous director and producer was said to have fallen from the balcony of his house at Girgaon. He was alleged;y suffering from chronic back pain and lost his balance to fall to his death. Reports never confirmed whether it was a suicide or an accident!

Happy Birthday to the most handsome man in the world. Your works are immortal Dev Sahab. Love you so much. The story behind Guru Dutt and Dev Anand's friendship The story goes that Vasanth Kumar Shivashankar Padukone and Dharam Dev Pishorimal Anand—two young men struggling to find a foothold in the Bombay film industry became friends when their shirts got exchanged in the laundry. Dev Anand was acting in Hum Ek Hain when he stumbled upon Guru Dutt—the young choreographer of the film—wearing his shirt. Dutt admitted that the shirt got swapped in the laundry and since he didn’t have another spare shirt, he wore it. This apparently insignificant incident became the foundation of a long-lasting friendship and they promised each other that if Guru Dutt turns a filmmaker, he would sign Dev as his hero, and if Dev ever produces a film, he would let Dutt helm it. Dev Anand did fulfill his promise. He asked Dutt to direct the second film under Navketan Films. Thus Baazi saw Dutt don the director’s mantle for the first time. Modelled on the film noir of ’40s , the crime thriller had some classic Hollywood camera techniques interspersed with what later became famous as ‘Guru Dutt shot’. Baazi turned out to be an important landmark in Dutt’s personal life as well. It was during the Muhurat shot of the film that he got mesmerised by Geeta Roy’s rendition of Tadbeer Se Bigdi Hui Taqdeer Banaa Le—a ghazal turned into a sensuous number by the sheer talent of the singer. And it didn’t take Dutt long to fall in love with the person behind the voice. The couple eventually got married in 1953. #happybirthday #devanand #gurudutt #geetadutt #goldenera #baazi #cid #jaal

7. Guru Dutt: A veteran actor who shot to fame in a short timeframe, Guru Dutt was the heartthrob of the black and white reel. He was found dead in his home under mysterious conditions and medical reports suggested that he had had a mix of alcohol and sleeping pills.

8. Pratyusha Banerjee: Pratyusha Banerjee achieved fame at a very young age. She belonged to a very small town and was the face of Indian television. She was in a live-in relationship with her boyfriend which was said to be complicated. She hung herself in her room and reports blamed her live-in beau for her death. 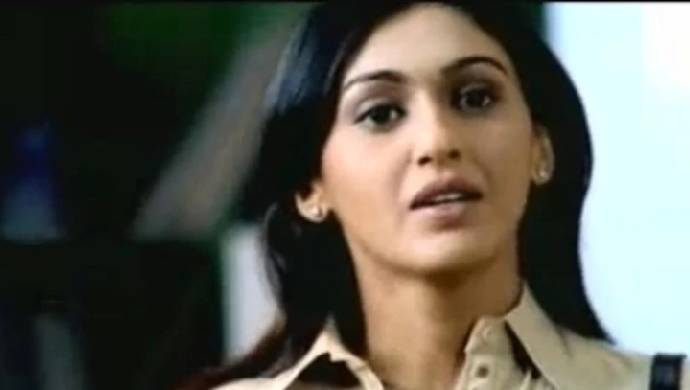 9. Kuljeet Randhawa: A model who was seen in Zee show Hip Hip Hurray, was found dead in her home. She left a suicide note that stated that she was unable to handle life’s pressures and she had to bid adieu to the world. Speculations were rife but the case was eventually closed.