Apart from top-notch action sequences, ‘seeti maar’ dialogues, and romantic ballads, there’s also the theme song of Salman Khan films that we love. So, here’s a quick peek into some of the best title tracks featuring Salman Khan.

Salman Khan movies are an apt blend of action, drama, and romance. To be precise, it’s a well-crafted package of entertainment. And thus, fans celebrate every Salman’s release as no less than a festival. Apart from top-notch action sequences, ‘seeti maar’ dialogues, and romantic ballads, there’s also the theme song of Salman Khan films that we love. Yes! we are talking about the groovy title tracks. While many title songs in Salman’s films have essayed the theme of the story, a few others were a portrayal of his spunky character.

Watch the trailer of Radhe: Your Most Wanted Bhai here:

In a similar instance, the title track of Salman Khan’s upcoming film Radhe: Your Most Wanted Bhai is all set to release today. And it has already gotten the fans super excited. The track ‘Radhe’ will give us another glimpse of Salman Khan’s character and will also probably represent the theme of the story.

And while we are eagerly waiting for the song release, here’s taking a look at 8 other chartbuster title tracks of Salman Khan movies.

Salman Khan’s hook step and the catchphrase ‘Hud Hud Dabangg’ are still fresh and quite popular among the masses. Sung by Sukhwinder Singh, this title track from the Dabangg franchise is undoubtedly one of the best title tracks. It definitely shed a light on Salman’s Dabangg style in the film while also presenting us with a cool-yet-macho cop, Chulbul Pandey.

From the first series in the film to its threequel, ‘Hud Hud Dabangg’ has been an apt title track of the film. 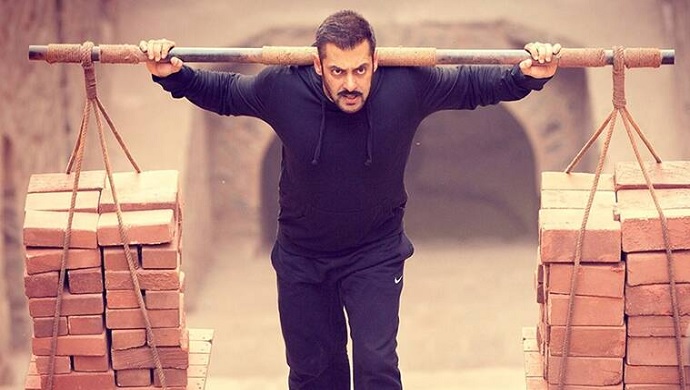 ‘Re Sultan’, another noteworthy title track sung by Sukhwinder Singh in Salman Khan’s film Sultan. This song will definitely lift your spirits. Picturized on Salman’s character Sultan Ali Khan, this song blended perfectly with the storyline. While Sultan aims to regain his hold over the boxing ring, he surely needs to get back on track. And that’s where his journey to win the National Championship begins.

While Salman is seen immensely involved in his workout sessions, the title track ‘Re Sultan’ sets the mood right. 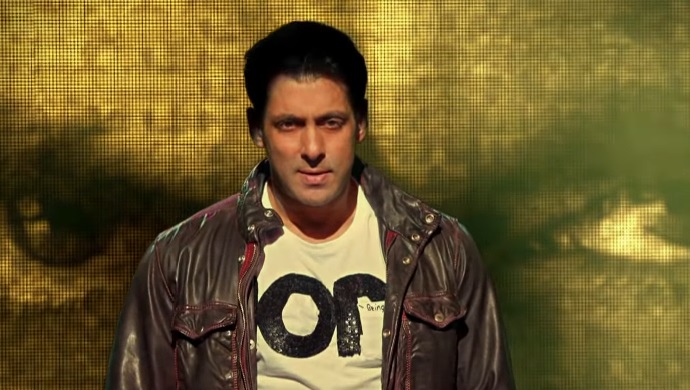 ‘Jai Ho’ is the phrase often used to hail victory. And thus this title song suits perfectly in Salman Khan’s action drama Jai Ho. Voiced by Armaan Malik and Wajid Khan, Jai Ho is picturized after a teary-eyed climax where Jai’s character wins against the wrong. Celebrating the triumph of good over evil, this title score is another notable track from Salman Khan films. The song Jai Ho also lives up to the theme of the story. 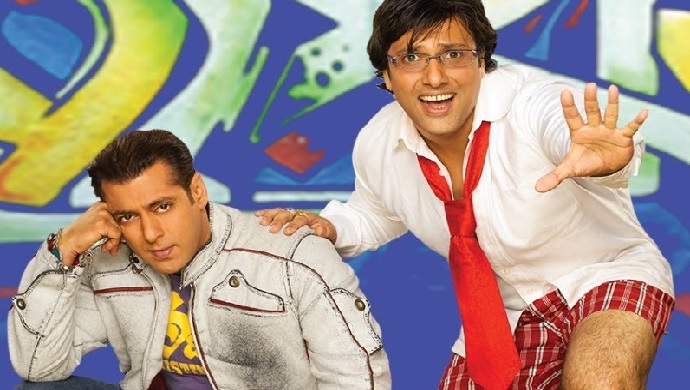 The most entertaining title song ‘Partner’ featuring two superstars, Salman Khan and Govinda in a frame is quite enjoyable. While Salman and Govinda’s expressive chemistry adds a comical tone, the blend of Udit Narayan and Shaan’s voice makes it more interesting. Throughout the song, Prem is seen guiding Bhaskar the right way but the latter sticks to his usual notions. Thus the title track Partner makes for a groovy and entertaining watch. 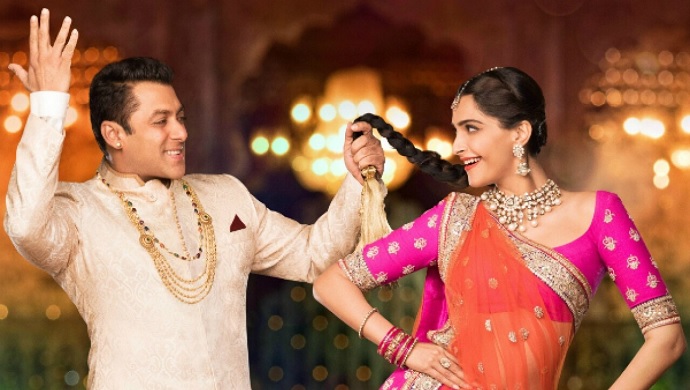 Amidst the royal setting of the film, is the grand title number ‘Prem Ratan Dhan Payo’. Featuring Salman Khan and Sonam Kapoor, this is one of the mesmerizing title songs with beautiful lyrics by Irshad Kamil. The splendour of the sets and well-matched costumes live up to the royal setting of the film. And hence, Prem Ratan Dhan Payo is one of the major hit title tracks from Salman Khan movies. 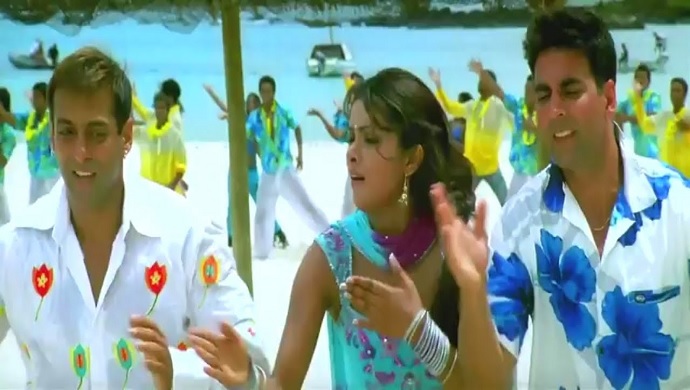 Well, there are two versions of the title song in the film Mujhse Shaadi Karogi. The one which comes amid the story essays the battling chemistry between Salman Khan’s Sameer and Akshay Kumar’s Sunny. Sung by Sonu Nigam, this song perfectly suits the story. As Sunny and Sameer try their best to impress Rani (Priyanka Chopra), this song sets up the tone of the story.

The other ‘happy’ version which comes after the climax also stands for an apt resolution. 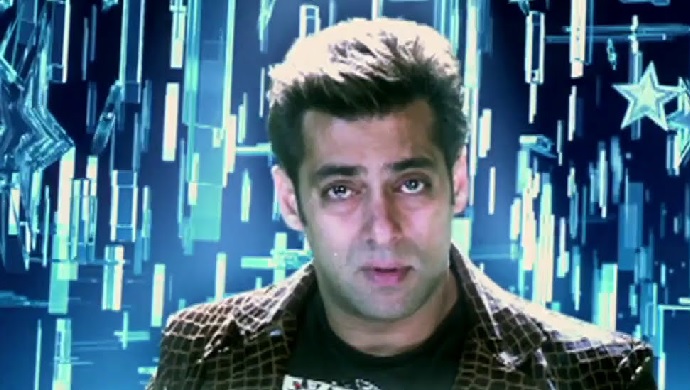 In the fantasy-drama film God Tussi Great Ho, Arun (Salman Khan) is quite fed up with his mediocre life. However, his life changes when he gets a boon from the ‘God’ and all his wishes, hereafter will be fulfilled. And that’s where the title song ‘God Tussi Great Ho’ comes in. An overjoyed Arun is enjoying the best time of his life. Salman and Amitabh Bachhan’s sweet chemistry is the soul of this song. 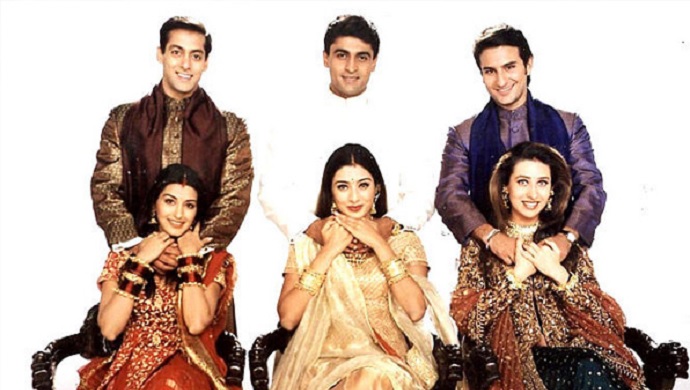