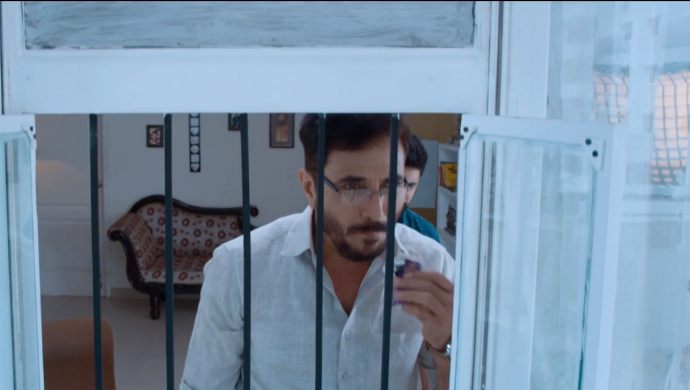 After Kailasapuram and N.E.R.D., the latest ZEE5 Original, Dhrusti, is yet another murder mystery thriller that will keep you hooked. The good thing about Dhrusti, though, is that it appeals to people of all ages. It has a murder mystery at its crux but the story plays around in an entertaining way. Here are the top scenes where we found ourselves giggling.

After taking six shots to get introduced, the SI and the person-in-charge of this murder investigation — takes out a bar of chocolate and starts munching on it, as he concentrates on the murder scene. Later, he opts for warm jalebis as he prepares to meet the suspects for interrogation. 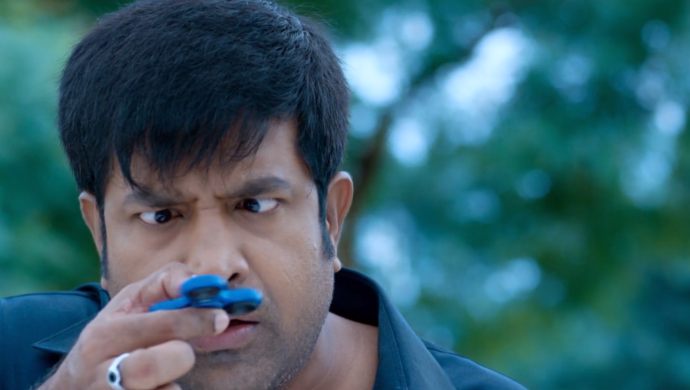 Where there is Vennela Kishore, there is humour! In Dhrushti, he plays Adivi Sesh who is a short-tempered person. To deal with his temper and stress, he uses a fidget spinner. And in just a few seconds, he is alright (for the next few seconds). 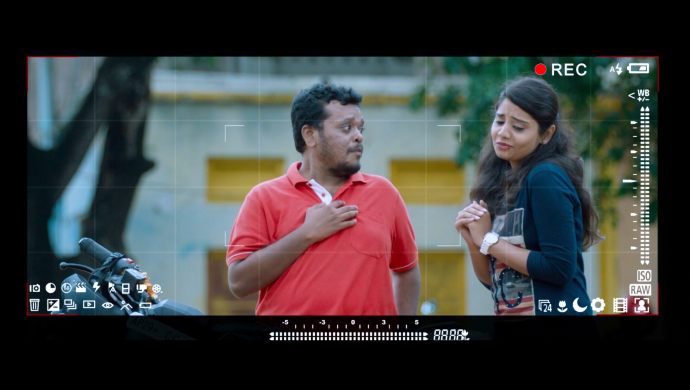 Mohan (Rahul) wants to make it big in the world of photography. But he knows that he needs to start small, so he decides to make a short film. But the producer demands to be an actor in the film… and the dialogue writer. The result — an extremely cringe-worthy and unbelievable love story. 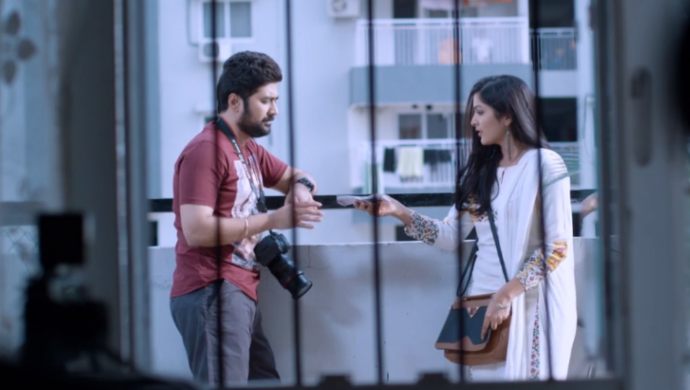 At a point, both Mohan and Jyothsana (Pavani) decide to confess to their crimes. Mohan gives Jyothsana some money and tells her that he earned it through her hilarious suicide attempt video. Jyothsana gives him some more money and tells him that she paid the goons to break his leg.

5. The greatness of Telugu language 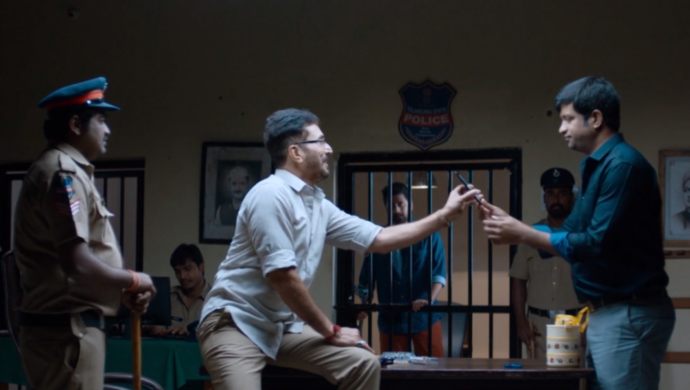 The SI uses Mohan’s chat with Sesh as proof that they are the murderers. Seshu tells the SI that what he read out was correct but the ‘diction and tone’ are different. He, then, reads it in a friendlier tone and tells the SI that they cannot be criminals. 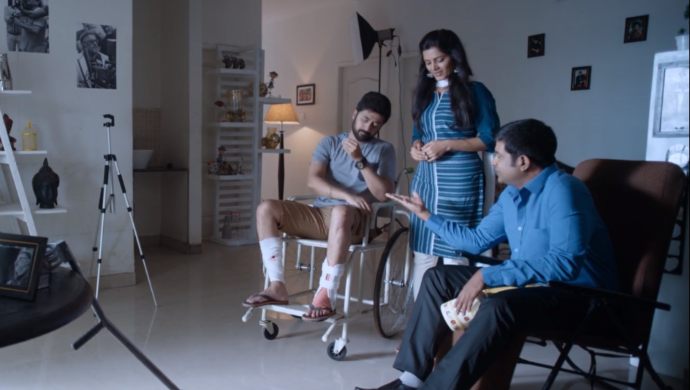 Towards the end, when both of Mohan’s legs are fractured, Seshu comes to meet him. After taunting him for his over-curious nature, he realises that he has to leave for work. He stretches his hand and Mohan gives him a high-five, but what Seshu actually wanted was his spinner back. Priorities? Yes!