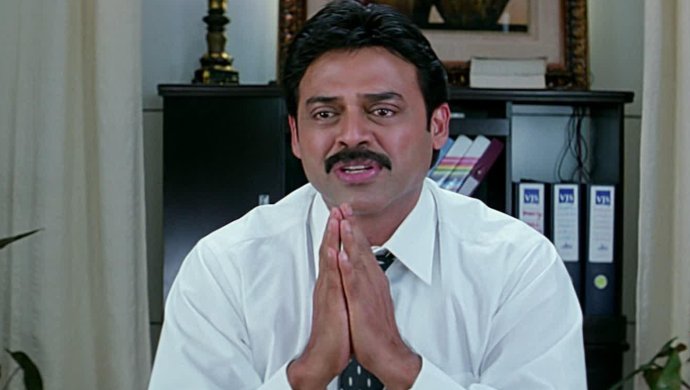 The Telugu film Aadavari Matalaku Ardhalu Verule, starring Venkatesh and Trisha, continues to be one of our top favourites. That is because no matter how many times you watch it, this Telugu movie continues to cheer you up. With its subtle comedy and perfect timings, Aadavari Matalaku Ardhalu Verule is our go-to for some light-hearted entertainment.

Venkatesh is introduced to us as Ganesh, a man in his 30s, unable to bag a job. ‘Rejected’ becomes his middle name. At one interview, he even begs for the job. His interviewer responds: “This is a multi-national company. Ikkadiki vachi adkuntava? Get out!” (You’re begging in a multi-national company? Get out.). Ganesh says, “Hey Jimmy! Jimmy! Quiet… quiet… sit. Sit! Yes. Good dog” *Guts!* 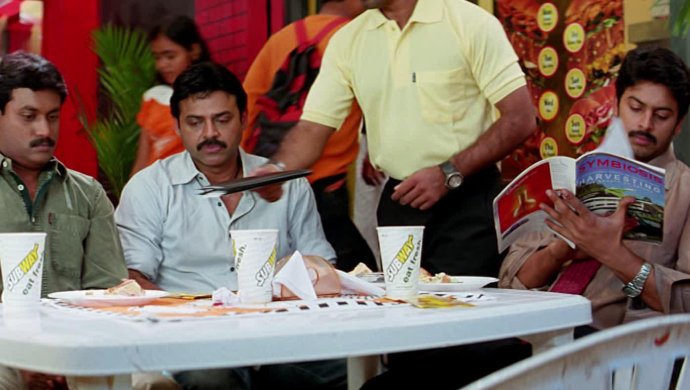 Every outing with friends includes lots of fun and food. But who ends up paying the bill? Well, not Ganesh! With his sad face and teary eyes, flashing the excuse of unemployment, Ganesh always gets away without having to pay bills. Who’s the real winner? 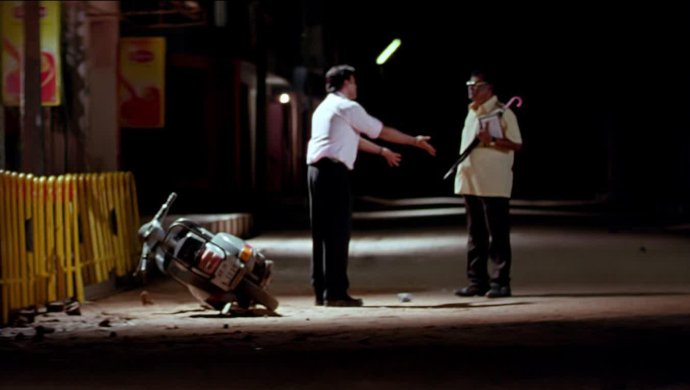 It took Ganesh 10 years to secure one job! On the night after his first day at the new office, Ganesh ‘suggests’ that his father retire and take some rest now. But hey, you never tell your parents anything, right? Ganesh’s father, played by Kota Srinivas Rao, asks him to halt the scooter at a side, gets down and hits him with his umbrella. Why you ask? Because after one day of working, his son has the courage to ask him to quit his four-decade old job. 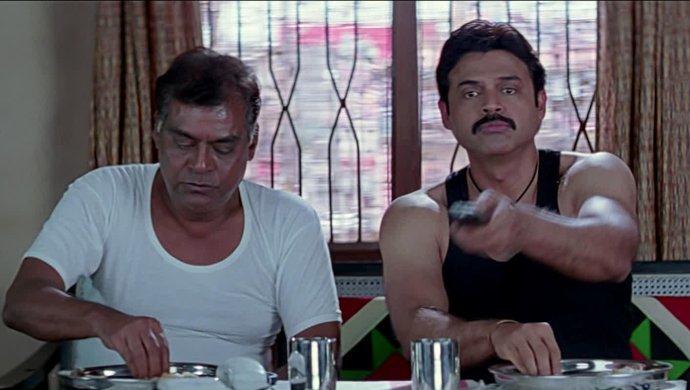 Unlike before, now the house has two earning men. With a new-found confidence, Ganesh tries to impose his power on everything — watching TV, getting the bathroom first, getting dressed first and even wearing a tie. This weirdly comedic sequence has to be one of our all-time favourites. 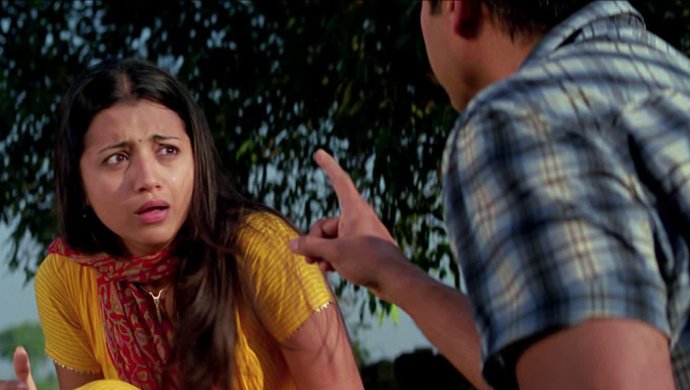 During the wedding preparations, Kirti’s sister Pooja, a mere teenager, falls for him. When her proposal is rejected, she jumps into a huge well. Ganesh manages to bring her out but Kirti notices no movement and starts crying endlessly. Ganesh tries to tell her that everything is fine, but her sobbing doesn’t stop. Frustrated, Ganesh yells at her and Kirti shuts up entirely and sits silently with a finger on her lip, just like kids. No matter what, this scene will crack you up hard.

Love comedy? You can also watch Brother of Bommali on ZEE5.