1. When Life Brings You Down At An Older Age, These Things Are Common And Relatable 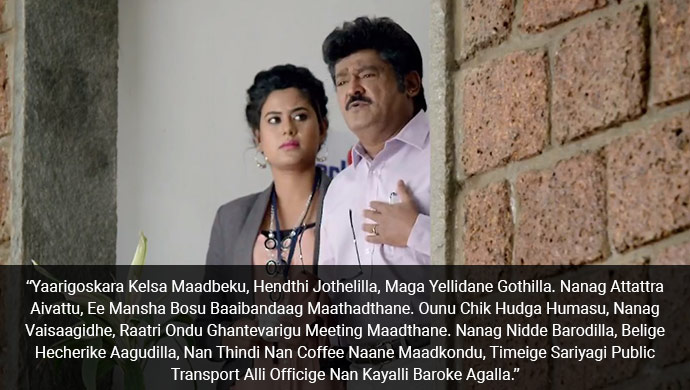 The story of Premier Padmini, directed and produced by Ramesh Indira and Shruti Naidu respectively, revolves around a middle-aged man, Vinayak. This wonderful and albeit relatable story will interest you till the end. Vinayak, played by the Navarasa Nayaka Jaggesh, is an unhappy salaried professional who is on the verge of getting a divorce from his wife Shruti, played by Madhoo Shah.

This lovely romantic drama has received positive reviews from critics and audiences alike. Apart from Jaggesh and Madhoo Shah, the cast comprises Vivek Simha, who used to play the role of Soorya on the Zee Kannada show, Mahadevi, evergreen actress Sudharani and TV star Pramod.

Apart from the cast, the story and dialogues also leave a lasting impression. Here are some wonderful dialogues from the film that are totally relatable and will take you through every mood. Starting with this statement that Vinayak makes while talking to his colleague Pragathi (Aishwarya Baspure aka Maya from Yaare Nee Mohini) after he gets frustrated with life and his job.

If you are comprehending what the dialogue means, here goes: “Who should I work for? My wife isn’t with me, I don’t know where my son is…I am almost reaching 50 years of age and this boss of ours speaks however he wants with me. He is a young chap but I am ageing now, still, he keeps late-night meetings at 1:00 am. For the same, I get sleepless and thereby wake up late. Not only do I have to make my own breakfast and coffee, but I have to also make it on time by taking public transport. So, I cannot work like this anymore.“

2. Having Faith In God Is Having Hope To Deal With Life 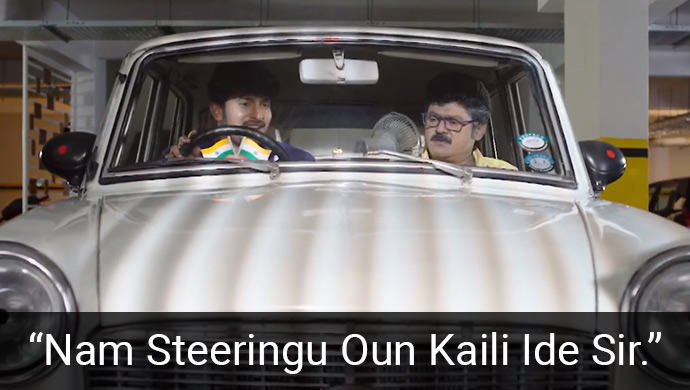 After Nanjundi (played by Pramod) comes into Vinayak’s life, things take a turn for good. Like this lovely dialogue which Nanjundi says to his boss as they both sit in his old Premier Padmini for the first time. When Vinayak expresses concern that his driver has placed an idol of Lord Ganesha in the car, Nanjundi says, “Nam Steeringu Oun Kaili Ide Sir.” (“Our steering is in his hands, sir“)

3. Vinayak Was Just Clarifying To Nanjundi Who Lord Ganesh Is 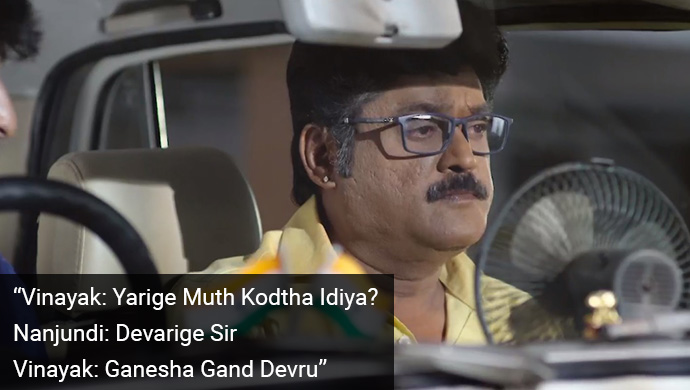 Soon afterwards, Vinayak is puzzled when he sees Nanjundi constantly praying to the idol and kissing it rigorously. One of the best dialogues of the film this would be, check it out…

“Vinayak: Yarige Muth Kodtha Idiya? (Who are you giving kisses to?)

4. Why This Life-Lesson Is Important 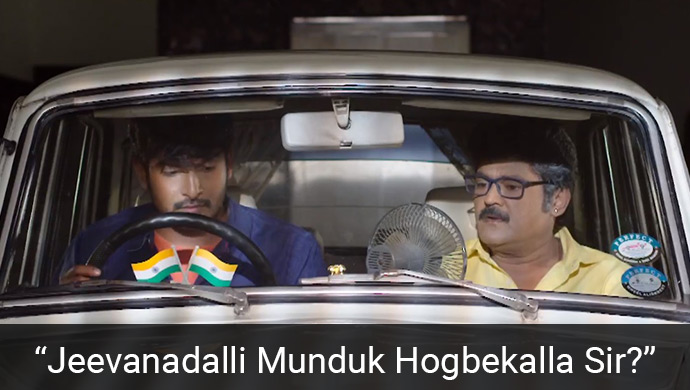 As he is removing the car out, Nanjundi goes forward and is about to dash into the wall, which is what Vinayak assumes. Upon asking him why he did so, Nanjundi explains to him that by taking a reverse he would have ideally had to go back. Then he adds, “Jeevanadalli Munduk Hogbekalla Sir?” (We need to always move on in life, isn’t it sir?)

5. How Parents Can Sometimes Be Unfair To Children 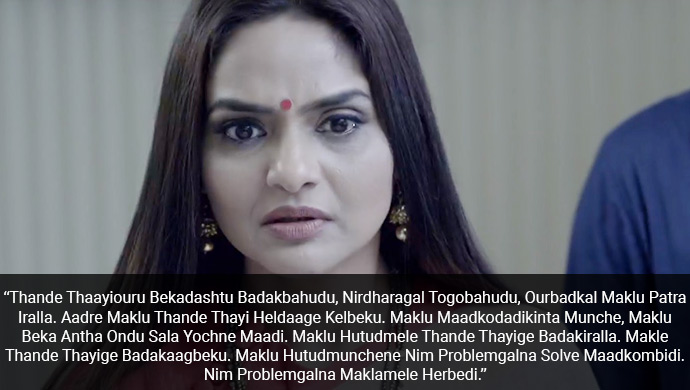 Unfortunately, during the middle of the film, an emotional twist makes Sumukh (played by Vivek Simha), the son of Vinayak and Shruti, opens the eyes of his parents, who deserted him. This dialogue might make you emotional.

“Parents have all the right to live their lives and take decisions as per their wish. Children don’t have a say in these decisions. But similarly when it comes to children, no matter what, they must listen to their parents. So before having kids, think about it for a second whether you really want them. Because after birth, a parent’s life is no more theirs. For a child, his/her parents will be their world. Clear your problems before you have children because it is not fair when you throw all your problems on them.”

6. Yes! A Man And Woman Can Also Be 'Just' Friends In The True Sense 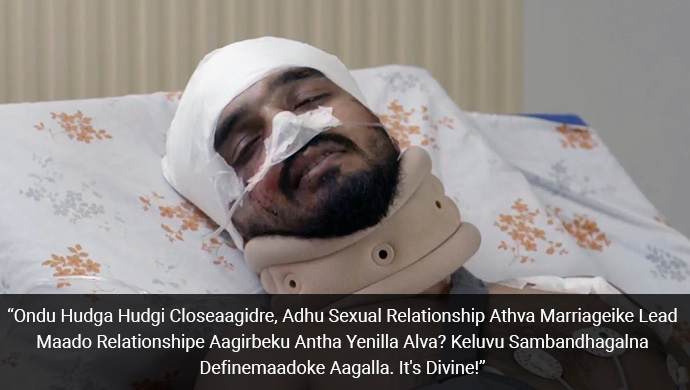 What this means is that… “Just because a boy and girl are close, it is not set in stone that they have to have a sexual relationship or be inclined towards marriage. Some relationships can’t be defined. It’s divine!”

Did you like any other dialogues in the movie? Keep your comments flowing in the space given below.