Who Thinks Less Of Whom? 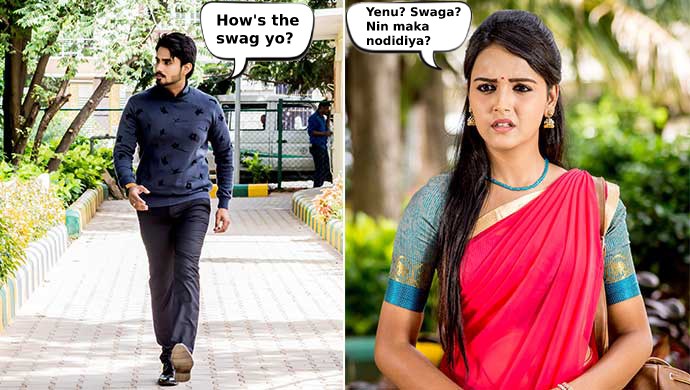 Gattimela is the leading show on Zee Kannada and looks at the life of Amulya Manjunath and her future beau Vedanth Vashishta. Nisha Ravikrishnan, who plays the role of Amulya, has created some excitement for the fans with her talent alongside Rakshit, who excellently plays the role of Vedanth. While shooting for an episode on Gattimela, we got the chance to capture some exclusive and candid stills for all of you. But, we decided to take this rivalry between Amulya and Vedanth to a whole new level and created hilarious memes to make you ROFL.

Like this one here, imagine all the style Vedanth is walking in, only for Amulya to think sooooo highly of him!

The Lovely Pet Names They Have Kept For Each Other 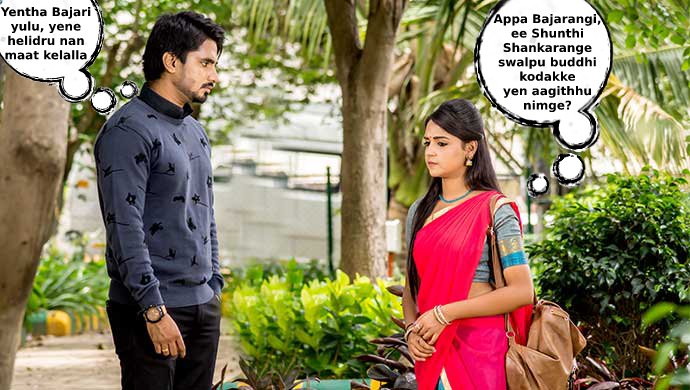 While Vedanth calls his nemesis ‘Bajaari’, you must have often heard Amulya reciprocate with an even better name; Shunthi Shankara.

This Is Literally Every Time Something Like This Happens On-Screen 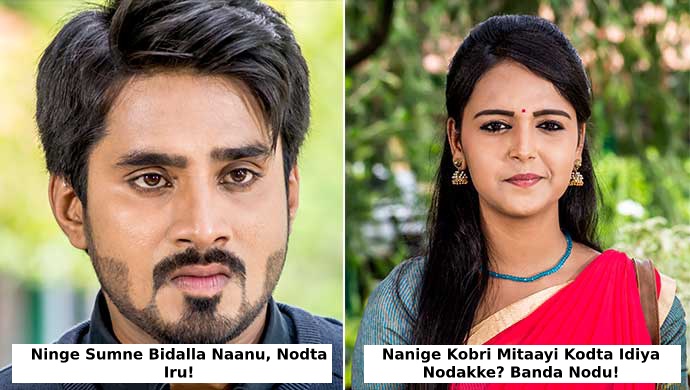 Whenever Vedanth tries to show his man prowess to Amulya, this type of reaction is a standard from her because she is not one to bow down to arrogant men like him!

Soliloquies Are Common Between Vedanth And Amulya 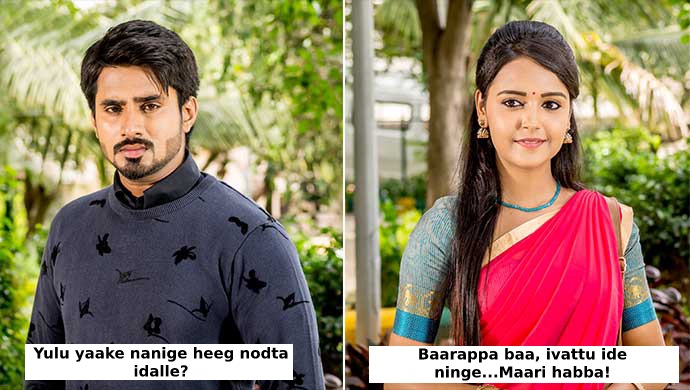 I personally just love their chemistry on-screen. It not only makes you laugh but also gives you butterflies in your tummy too! Who else is with me?

Style-Wise, You Decide Who Is Best 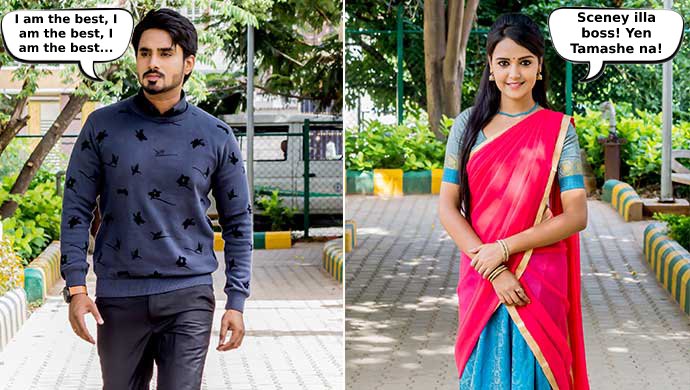 Since I have a soft corner for Amulya my answer will be biased but doesn’t this picture and the quotes seem very relatable?

For Vedanth, Justice Is Served At last 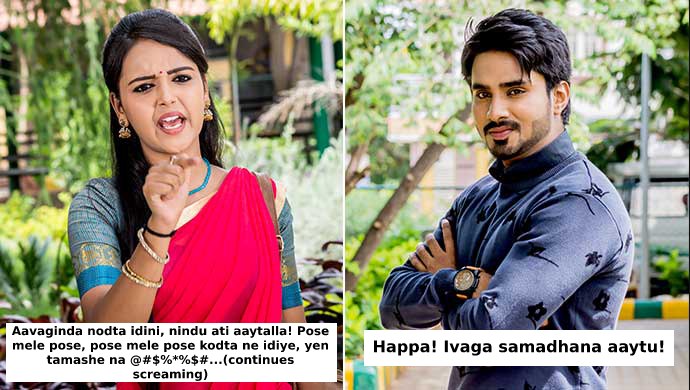 No matter how much she tries, Amulya rarely has the last say in a conversation but never backs down from a fight. These quotes and the image is total proof!

Who else is a fan of these two soon-to-be love birds? Give them a shout out in the comments box below.

Watch the latest Kannada release on ZEE5, Chemistry Of Kariappa, if you want to keep laughing.