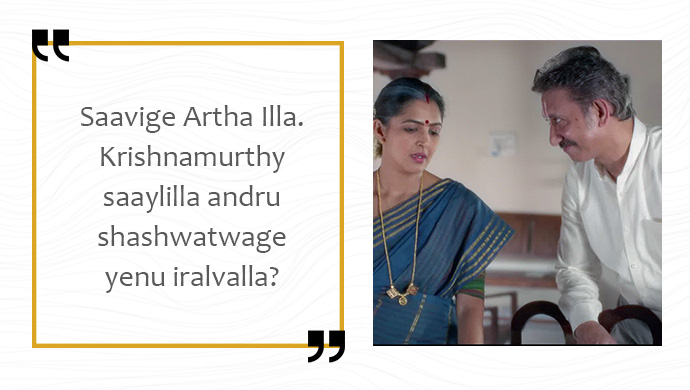 Neeraj Kabi, who plays the role of V Krishnamurthy, the Tamil Astrologer in the ZEE5 Original Series Final Call, has done a worthy job portraying a pious man. Don’t doubt it for a second because each scene of his with the musical background and apt dialogues have led many to believe that his words actually may be true.

But that we will leave up to you to decide. Here are some inspirational and philosophical dialogues that Neeraj Kabi delivered beautifully. Starting with this one where he is parting with his family even though he knows he is walking towards his own death. He assures his wife, who knows the situation, by telling her, “Saavige Artha Illa. Krishnamurthy saaylilla andru shashwatwage yenu iralvalla?”

2. How The Universe really Works 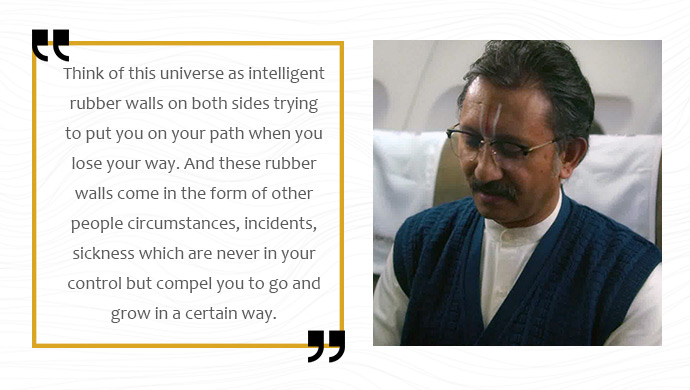 When Giselle, the passenger next to Krishnamurthy, gets inquisitive about a few things about her life after she learns that he is an astrologer, he tells her some words that might be relatable to you too. “Think of this universe as intelligent rubber walls on both sides trying to put you on your path when you lose your way. And these rubber walls come in the form of other people circumstances, incidents, sickness which are never in your control but compel you to go and grow in a certain way,” Krishnamurthy says.

3. How We Are All On The Same Plane On Many Levels 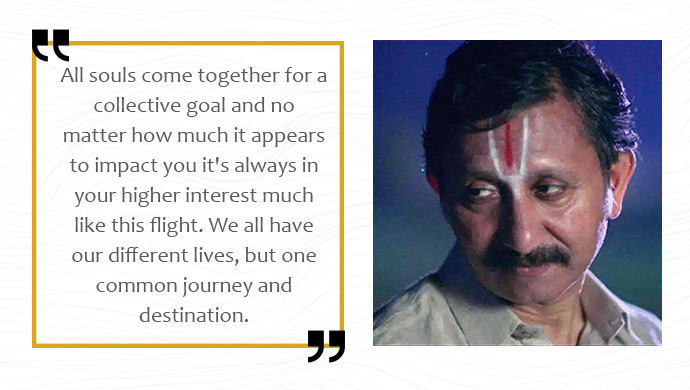 Further, he tells her, “All souls come together for a collective goal and no matter how much it appears to impact you it’s always in your higher interest much like this flight. We all have different lives, but one common journey and destination.“

4. How Death Is Related To Us 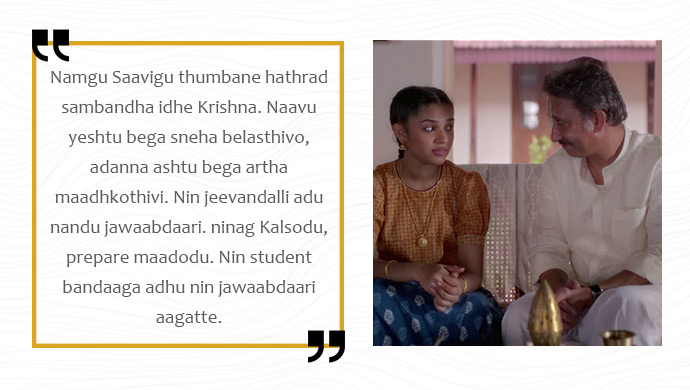 We have a very close relationship with death Krishna. The faster we make friends with it, the better we will be able to understand it. This is my role in your life, which is to teach you and prepare you. Just like this someday it will be your responsibility to teach your student.’

5. Fate Has To Play An Important Role In Our Lives 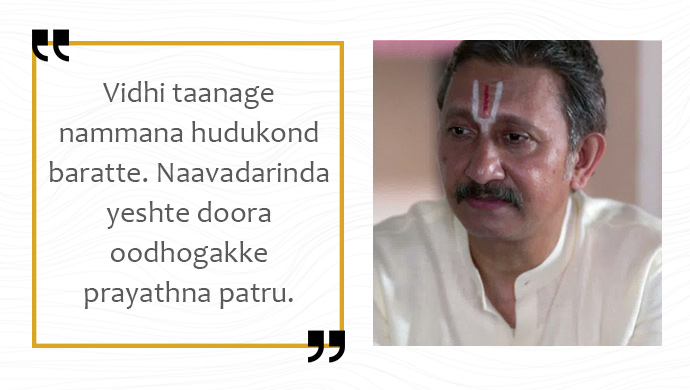 What V Krishnamurthy was trying to say in this dialogue, which to an extent is quite true was that ‘Destiny has its own way of finding us, regardless of how far we try to run away from it‘.

Think about these dialogues and let us know if you think they are true or not in the space given below.