1. When Jeet confronts his neighbour 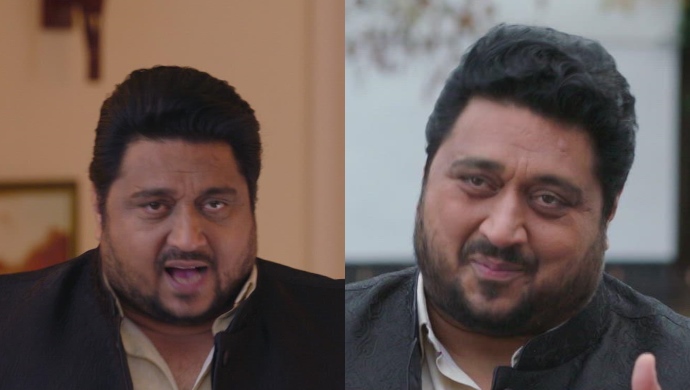 Whenever you have the team of Binnu Dhillon, Gurpreet Ghuggi, and Jaswinder Bhalla together in a Smeep Kang directorial, all you can expect is entertainment! One of their films, the 2019 hit Band Vaaje, is a comedy full of mad capers. The film revolves around Dhillon aka Inder and Mandy Takhar aka Bilkis. This Punjabi film is fully loaded with laugh-riot moments. Here we are with a few of them.

The film starts with Ghuggi narrating the story of Nirmal Rishi aka Beeji, who hates Pakistanis and offensive Punjabi songs. While entering her house, she hears such a song in the neighbourhood. She is angry and wants to beat them up. She calls for her Daang and then enters Jeet (played by Kang). Jeet stops his Beeji and goes in full force to confront the neighbours. But as soon as he sees that there four or five hatte-katte navjawan, he mellows down like a cat and pretends to join them and dance. The way Smeep changes his body language will make you laugh out loud. 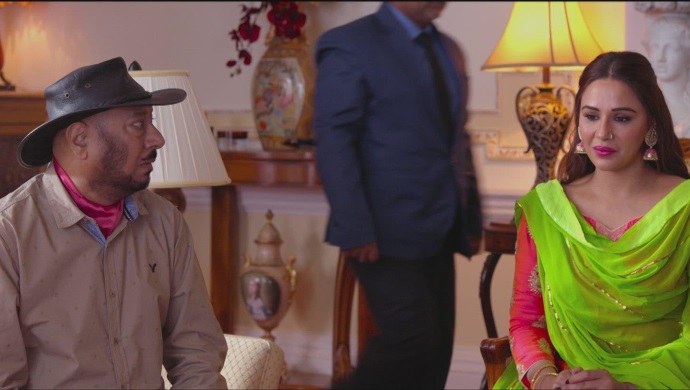 Balwant Bajwa (Jaswinder Bhalla) and Billo Bajwa (Mannat Singh) are Bilkis’s guardians. Bajwa Saab is always mocking his wife for being too glamorous. A family visits them with a marriage proposal for Bilkis, but when Bajwa Saab sees the munda and his over-smartness, he calls it off and says sorry. He is even furious about the fact that the groom’s uncle is flirting with his wife Billo and she doesn’t seem to mind! The whole scene is an exercise in exploring Bajwa’s hilarious frustration. 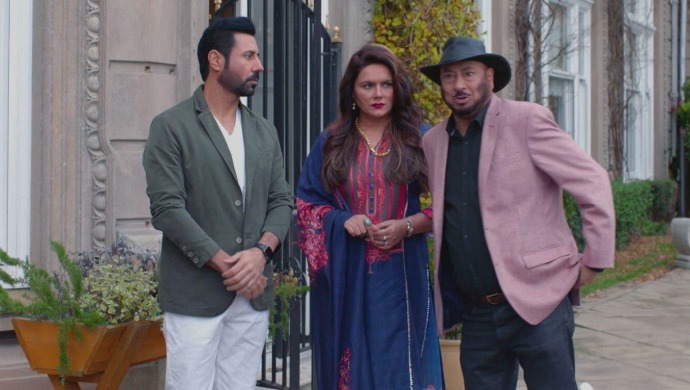 Bilkis is not ready to accept Inder. To win her heart, Inder decides to get into her house in disguise. The Bajwa family is looking for household help and Inder grabs the opportunity. Billo seems very impressed with Inder and this makes Balwant suspicious. Bajwa follows Inder at night and he finds Billo on the same path! On the other side, Billo is suspicious of her husband for eyeing the vilayatan house help and is actually out to follow him! The whole misunderstanding is out-and-out hilarious with great punchlines.

4. When Bajwa and Jimmy teach Inder a lesson 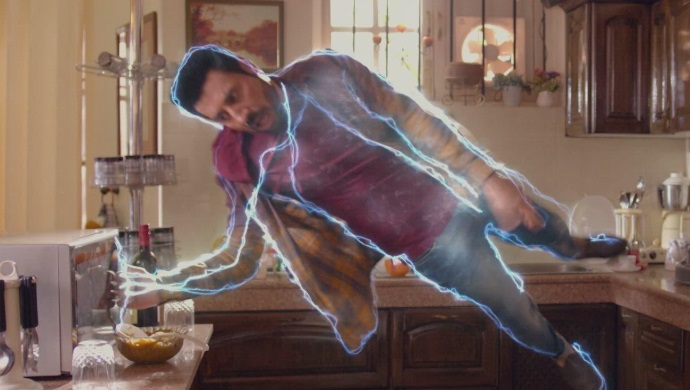 Inder has become a pain for Bajwa. He can’t see a servant wooing his wife. Even after firing him, Inder returns to their house, pretending to lose his memory due to Bajwa’s beating. So, Bajwa, along with his goofy son Jimmy plans to kick Inder out of the house. First, they electrocute him with an oven, then they set a dog on him. At last, Inder confesses his love for Bilkis aka Billo, but Balwant misinterprets as love for his wife Billo and the situation becomes  even more chaotic! 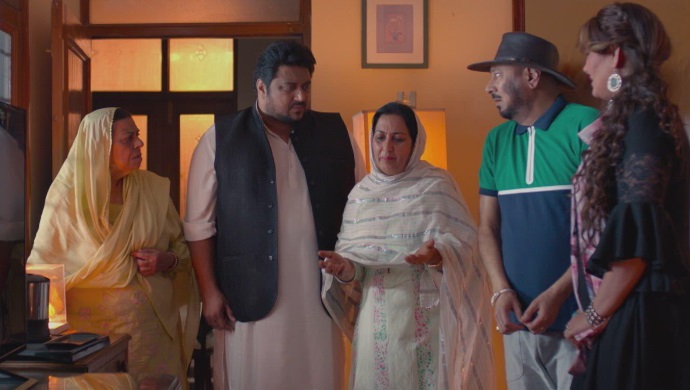 Balwant Bajwa accepts Bilkis and Inder’s love. But Inder requests him to pretend to be Bilkis’ father, as his granny hates Pakistanis (Bilkis is a Pakistani). Bajwa asks his wife to act as his sister-in-law. Inder’s family meets Bajwa’s and Balwant acts as the father of Bilkis, but it only creates more chaos. In the night, when Bajwa visits his wife Billo secretly, Beeji and Jeet see him and think he has a loose character. What follows is a series of white lies and confusion!

If reading this has put a smile on your face, then just imagine how much you will laugh when you actually watch the movie! Go watch Band Vaaje and let us know your favourite moments from the film in the comments!