5 Funny Dialogues From Mapla Singam, That Are Also A Social Commentary 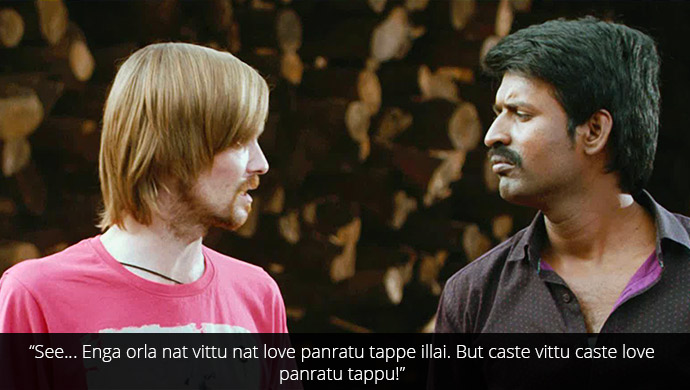 Mapla Singam is a romantic comedy, starring Vemal as Anbuchelvan and Anjali as Sailaja, which you can catch up on ZEE5.  Now what makes the element of comedy in this movie exceptional is the fact that they are not just created for the sake of invoking laughter, but they are also a social commentary.

Watch the fun and romance along with the social commentary in the movie Mapla Singam.

So, let us look at five of those funny dialogues in the movie that have social relevance.

2. The Issue Of Love Letter 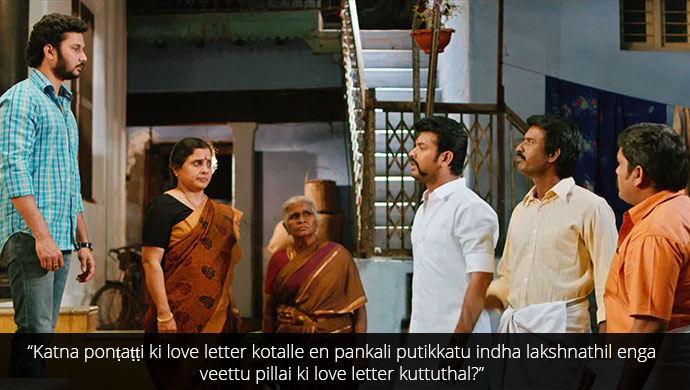 When Anbu and his mates go to confront the guy, who has given Anbu’s cousin sister a love letter, Kaali Venkat’s dialogue represents the issue of restricting one’s feelings. The dialogue means,  “My friend does not like if a husband gives his wife a love letter and, in this situation, if your son is giving the girl from our house a love letter how can we tolerate it?” 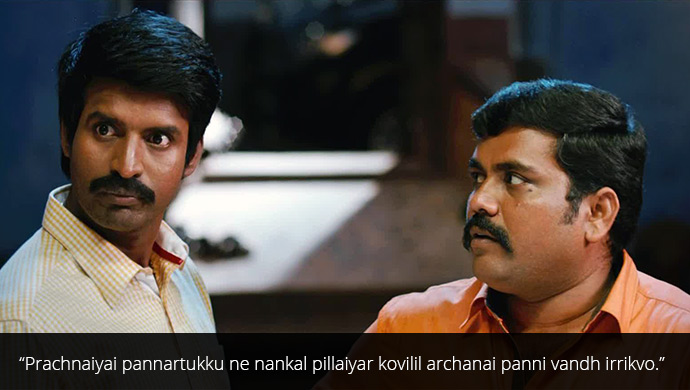 Later, in the same scene of confrontation, Soori delivers a dialogue about his dedication to getting into conflicts. Here, the line above means, “We have come after offering our prayers to Lord Ganesh just to create an issue.”

4. The Issue of Consent

While the family is all happy about fixing Anub’s cousin sister marriage, Bill questions the matter of consent. The dialogue above means, “Don’t you guys ask for a woman’s consent for her marriage?… In your customs when you sacrifice a goat, don’t you usually do it after you take the goat permission?”

5. A Matter Of Decision 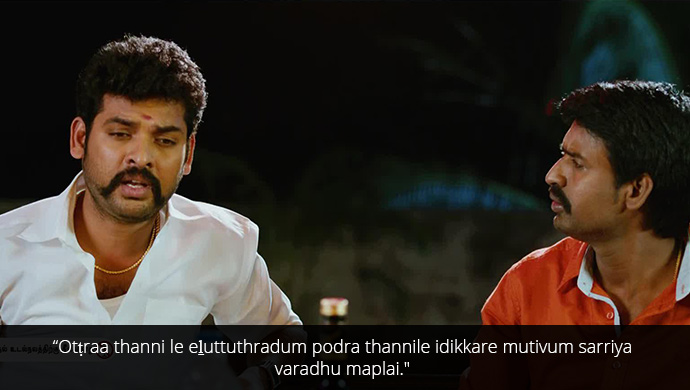 While Anbu is lamenting about his past life, Soori delivers a dialogue which emphasises on the importance of taking proper decisions. The Tamil dialogue in English means, “Like you cannot write anything on the running water, it is not advisable to take decisions while you are drunk. “

So, get ready to go on a fun journey with Mapla Singam movie. Also, write to us about your favourite line from the movie in the section below.