5 Episodes That Prove Akbar Birbal Is The Wittiest Mythological Show 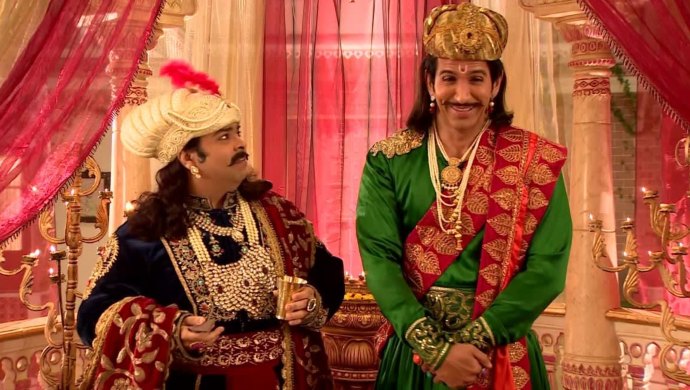 During this time of lockdown we can all do with a dose of entertainment that lightens our mood, and that’s where ZEE5 steps in, with some quality programmes for adults as well as children. Shows that keep everyone engaged and entertained. Akbar Birbal is one such show that is beautifully narrated and humorous as well, a show that can be enjoyed by the whole family. The show is full of witty jokes by Akbar and Birbal, and it’s sure to take you on a laughter ride

Akbar was one of the last rulers who ruled over a large portion of India. It is said that he had nine living gems in his court. Out of these nine gems, two are the most well-known. Tansen, who is said to be one of the greatest singers ever to have lived, was one of these nine living gems of Akbar’s court. And the other one was the great Birbal. It is said that Birbal was among the smartest men in the kingdom of Akbar. He was wise and knew how to reply to any kind of question, or handle any difficult situation. Soon, stories began to spread about the wisdom of Birbal.

1. There is a thief in the kingdom.

In this episode, there is a robbery in the kingdom. Rani Saheba and Urvashi have lost their precious ornaments and everyone is in a state of panic. When Birbal learns about the situation, he quickly announces that he will soon reveal who the thief is, as he has found some clues. This lays the foundation of Birbal’s excellent plan of catching the thief.

In this episode we see how this legendary duo came into existence. It all started with a war, and then Akbar getting lost in the jungle while going hunting. It was then, he met Birbal, who surprised him with a different way of getting out of the jungle. Akbar then asks him to come and collect his reward in the palace. On his way to collect that reward there are many obstacles. It was Birbal’s wisdom to tackle those problems that made Akbar appoint him.

3. Ghost in the Palace

In this episode, there is a ghost who is haunting the villagers and people in the palace. When the news reaches Akbar, he refuses to believe in such hoax, he asks Birbal who also agrees that all this is superstitions. Later, that night even Akbar witnesses the ghost, this really scares Akbar and he then calls a tantrik to the palace. Birbal realises there is something fishy. He then makes a plan to outsmart the ghost. Watch the episode to know what happens next.

In this two-part episode, we see that the entire kingdom is going through a drought, Akbar calls everyone to discuss this. However, Birbal is late and gets caught up with Urvashi. When Akbar gets to know this, he gets upset with Birbal, and sends him on an exile. Meanwhile, the kingdom is still going through the drought. Later, they get to know there is a sage who is solving the drought problem, but what happens next will blow your mind!

In this episode we see that there are two pandits who are claiming to have magical powers and fulfil various wishes of the people. Akbar calls them to the court, and Birbal gets a hint that something is fishy, then Birbal takes it upon himself to reveal the truth of these pandits, Its funny and amazing to see how Birbal handles every situation with his wit.

You can watch similar shows only on Zee5

You can get Live Updates on Coronavirus Outbreak on ZEE5 News section, streaming now.