From the classic Devdas to the modern-age romance in Dev DD 2, here’s taking a look at some unusual and different versions of Devdas. Check out the list.

Sarat Chandra Chattopadhyaya’s novel Devdas brought an exciting wave in Indian literature. The charm and beauty of the story still continue to fascinate different filmmakers and movie buffs. It is the same-yet-interesting worlds of Devdas, Paro, and Chandramukhi that even made Auter Bimal Roy fall in love with it. Over the years, there have been many cinematic versions of this classic tale of romance. And each one of these left a lasting impression on the audience’s mind.

While Devdas was picturized across various languages in India, the classic love triangle was also adapted in Pakistani cinema twice. However, the modern versions of Devdas are high on conceptual storylines and interesting characters.  These projects were widely hailed by critics as well as movie buffs. A few of these films/shows had a subtle approach to the romantic angle while the others completely revolved around the complications of modern-age romance.

From the golden classics to the modern-age sagas, here’s taking a look at some must-watch cine versions that featured the legendary Dev-Paro-Chanda love triangle.

Bimal Roy’s 1955 film Devdas still remains to be the most iconic and classic version of the novella. Dilip Kumar’s haunting portrayal of Devdas did justice to the tragic hero written by Chattopadhyaya. However, it was Roy’s interesting take that humanized the character of Devdas and made the audience feel empathy towards him. The same was later followed in many other versions.

So, don’t miss out on watching this classic as it remains to be a trendsetter in all the cine versions of Devdas. The film also featured Vyjayanthimala and Suchitra Sen as Chandramukhi and Parvati.

Mahesh Manjrekar’s mob drama The Power grabbed everyone’s attention for being inspired by ‘The Godfather’. However, an interesting reference of Devdas in the film was the love triangle between Devidas, Parveen, and Chandni.

Due to the family feud, Devi and Parveen get separated. After which, Devi meets an actress, Chandni and they both fall in love. Apart from the action sequences, it is The Power’s romantic arc that came out as a treat for the viewers.

The most interesting and modern version of Devdas is the newly released Dev DD 2 which has a female Devdas in the spotlight. The show essays the story of Devika Dharam Dwivedi as she deals with the complications of her love life. Here the Devdas rebels against society as Devika does not live by the stereotypical structure of society.

And that’s one of the reasons which sets Dev DD 2 apart from other cine versions. The love triangle in Dev DD 2 blossomed around Devika, Anurag, and Paritosh.

Directed by Sudhir Mishra, Daas Dev is one of the relevant versions of the classic novella. Mishra sets his love triangle in the heartland of India, Uttar Pradesh. The film relies highly on its political narrative where characters are struggling for power. The most highlighting part of this 2018 film was that Paro and Chaandramukhi are not damsels in distress.

They don’t usually fall up to the notions of femininity. Power is all that they want and that ultimately sets the tone of romance in Daas Dev. An interesting and relevant version of Devdas you should not miss out on. 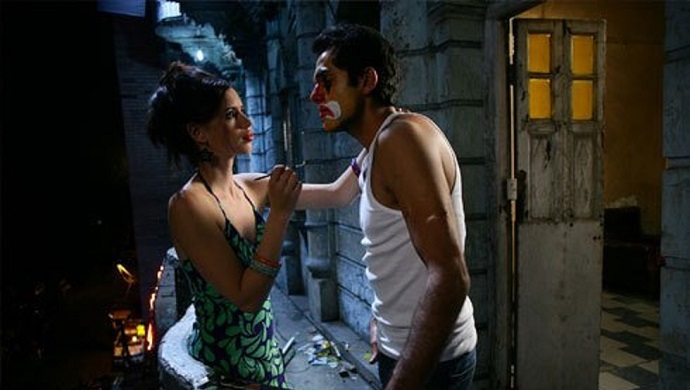 Anurag Kashyap’s version ‘Dev D’ is set in the complexities of the modern era. Just like every Kashyap movie, this one too ranges from a sugar-coated tale to a much-darker world. Unlike others, Kashyap’s Devdas i.e Dev played by Abhay Deol is devoid of any likable qualities. Dev D emerges as a coming-of-age drama with an interesting twist in the end. While Paro played by Mahie Gill is sweet-yet -exceptional, Kalki Koechlin’s Chanda is a full-package surprise.

So, that was the list of some exceptional versions of Devdas.