Black Widow female spider often eats their partner after sex and the same personality traits have been noticed in humans as well.

Black Widows is an upcoming ZEE5 series which is a dark comedy based on the lives of three couples. The story of the series would revolve around three wives who kill their husbands unaware of the fact that one of them survives. He plans to seek revenge from his murderers while on the other hand a retiring cop is handed over this twisted case. Black Widows is produced by Namit Sharma and Big Synergy Media Ltd. This thrilling drama series is based on the Finnish drama by the same name, the ‘Black Widows’. The Indian version will be the right international remake of the series. The makers have roped in Mona Singh, Sharad Kelkar, Shamita Shetty, Swastika Mukherjee, Aamir Ali, Parambrata Chattopadhyay, Raima Sen, Sabyasachi Chakrabarty and others to play pivotal roles.

Did you know Black Widow is a desert spider and are known for the females’ unique appearance and tendency to eat their mates. These spiders are mostly found in North America and are considered most venomous. Black Widow female spider often eats their partner after sex and the same personality traits have been noticed in humans as well. Here is a list of ZEE5 characters who possess quality like black widow spider. Take a look:

Arranged Marriage is an original ZEE5 series which talks about a homosexual couple who hide their relationship from the entire world. Dev and Neil are madly in love with each other but due to family pressure, Neil gets married to Kiya, who is Dev’s cousin. Kiya notices Neil keeps avoiding her and seeks help from a psychiatrist, who calls homosexuality a disease. After knowing the truth, Kiya goes to extreme measures to try and change her husband by putting his life at risk.

Churails is a ZEE5 series which portrays strong female characters. Sara is a lawyer by profession who is married to a powerful politician. She tries to make the lives of other females better by helping them. In the entire process, she gets to know that her husband is cheating on her and then she does what she thinks is right for her as well for her kids. She along with her gang starts blackmailing her husband and later kills him.

Batool yet another powerful character from the fabulous series Churails. Batool who once tried to kill herself due to her abusive husband becomes a strong woman who no one dares to mess up with. She can do anything to save the dignity of womanhood. Batool then kills her abusive husband and calls herself dard ki deewani. 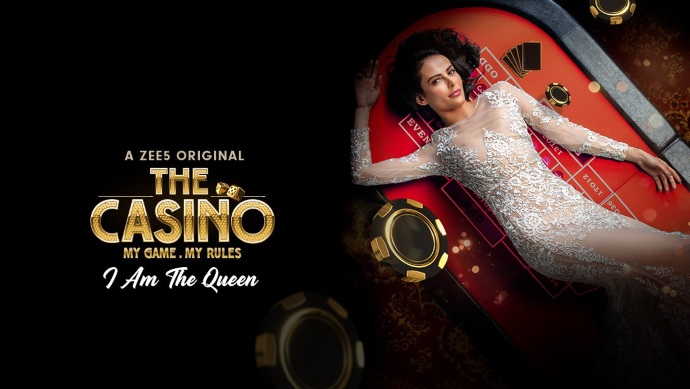 ZEE5’s brilliant series The Casino shows different shades of life. Rehana is Vicky’s manipulative mistress who is a reluctant heir of a billion-dollar casino. Rehana knows how to control Vicky and makes him emotionally trapped with her talks. He soon realises the truth and decides to throw her out. Vicky claims his inheritance before Rehana could destroy him. But Rehana kills Vicky and takes control of the casino and all his property.

The handsome hunk and everyone’s favourite Amit Sadh has been a rockstar throughout in this movie. He essayed the role of Mitwa who is a loyal Yaara to his other 3 friends. But there comes a time when he literally gets his friends arrested and killed.