4 Years Of Rustom: The Sensational Court Room Drama That Shook The Country

Tinu Suresh Desai’s brilliant directorial, Rustom talks about a story of a naval officer whose wife has an extramarital affair with a businessman. This month that year, Rustom is a crime thriller film which features Akshay Kumar, Ileana D’Cruz, Arjan Bajwa and Esha Gupta in lead roles. The movie was released on 12 August 2016 and was a megahit at the office box. Rustom is one such classic cult film which is still relevant and worth a watch. Moreover, Akshay Kumar‘s movie emerged as one of the highest-grossing Indian films and the actor received the National Film Award for Best Actor for his performance as Rustom Pavri.

One of the highlights of the film was the ‘Tere Sang Yaara‘ song which was beautifully sung by Atif Aslam and composed by Arko. This romantic song is still sung and crooned by lovers even today. Rustom is a movie which was ahead of its time and showcases a harsh reality in the life of officers who leave their families behind for the love of the nation. The storyline of Rustom is quite intriguing and will keep you hooked to the film till its end. Rustom Pavri kills his wife’s boyfriend and declares it an accidental death. But wait, there’s a catch here. There’s a lot more in the case than what your eyes merely see. The film is loosely based on K. M. Nanavati v. State of Maharashtra court case which grabbed everyone’s attention in 1959.

Rustom is madly in love with his wife Cynthia but due to work commitments, he has to go away from her for six months. As his tour finishes, he rushes to meet his wife who is in the arms of a millionaire, Vikram Makhija. Rustom loses his calm and kills Vikram. He decides to fight his own battle and places everything with much ease. Actor Manoj Bajpayee gives a voiceover in this film and introduces us to Mumbai. 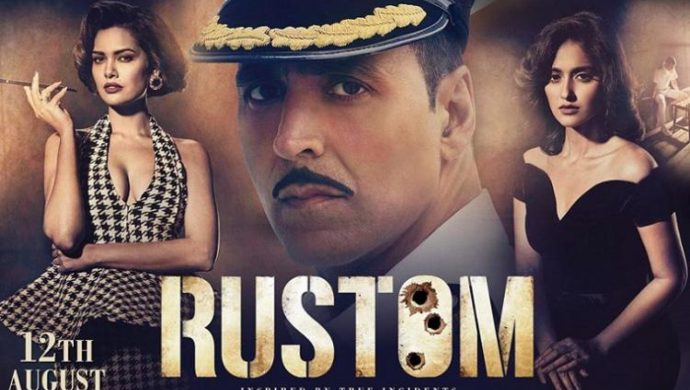 Actor Akshay Kumar’s role as Rustom, the heartbroken naval officer, fills your heart with immense pain. The actor won hearts with his exceptional performance and takes you on a ride with his crime-thriller film journey. The movie is quite brave as he forgives his wife knowing that she betrayed him and was with another man. The storyline and plot of Rustom leave audiences teary-eyed.