Aathma Bandhana: Ashok Looks Like He Is In Deep Thought 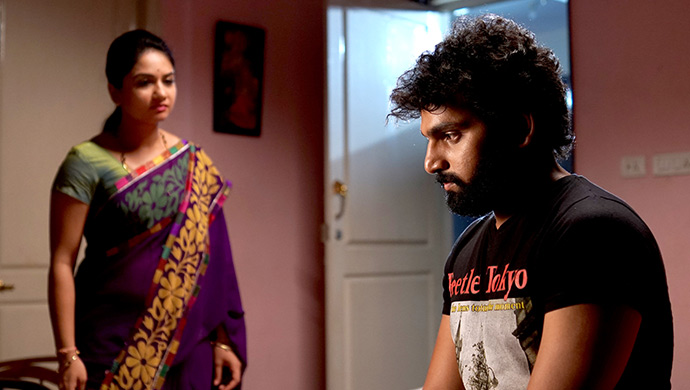 After the superhit show Nigooda Ratri on Zee Kannada, the audiences were treated with another show, more on the lines of horror and thriller. It’s called Aatma Bandhana and if you are a horror buff, you will absolutely love it. Starring in the show are actress Rajani as Arati, Master Alaap as Chiru, and Baby Shivani as Chaitra. The show focuses on a revenge story of a son (Chiru), who dies in a mishap and comes back to haunt his mother (Arati) because he believes that she loves his elder sister (Chaitra) more. It is a fictional show so you don’t have to worry about the little ghost-boy haunting you in your dreams.

Jokes apart, today we bring to you some candid EXCLUSIVE stills of the cast from an upcoming episode on Aatma Bandhana. Starting with this still in which Chiru, who is presumed to be residing in his father Ashok’s body at the moment to exact vengeance on his mother. 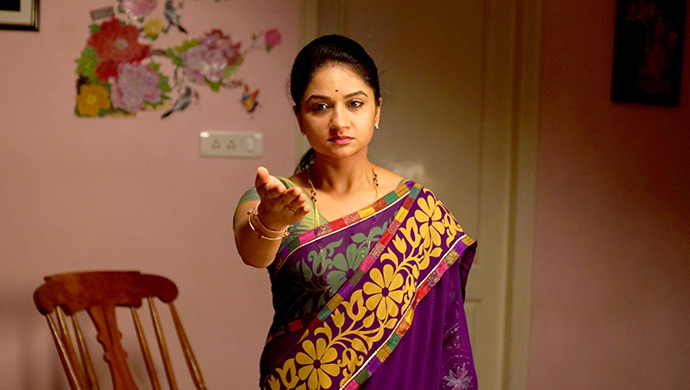 From this still, it seems that Arati is really worried about her son, whose spirit has resided in his father and is calling out to him to come to her. But will he?

Aathma Bandhana: Unfortunately For Her Chiru Is Way Smarter 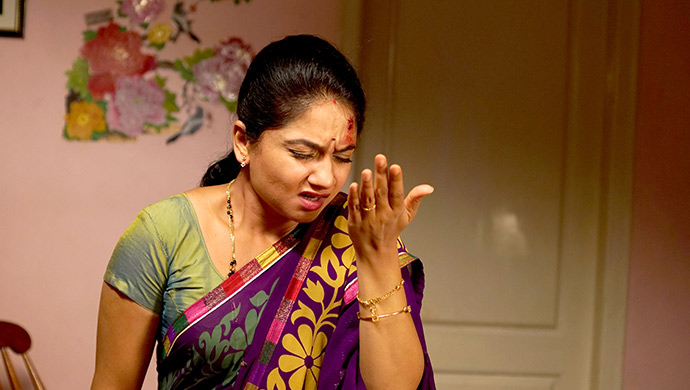 Arati ends up getting hurt because unlike before was Chiru was human, he probably may not have been as smart but now that he is a ghost, he always is one step ahead of his mother. 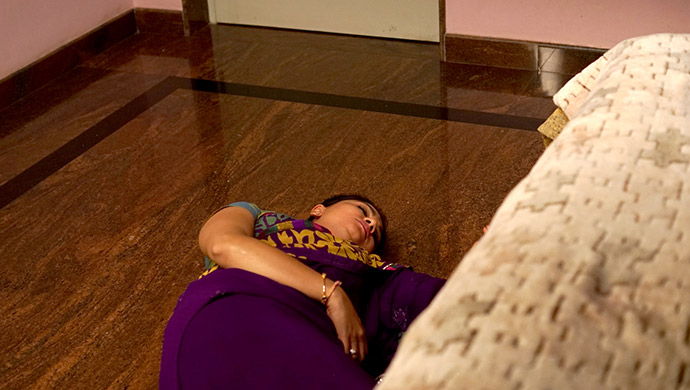 OMG! I think the trauma of the hurt was too much to bear so Arati collapsed. What do you think happened? Stay tuned to the upcoming episodes to find out.

Aathma Bandhana: Is It Ashok Or Is It Chiru? 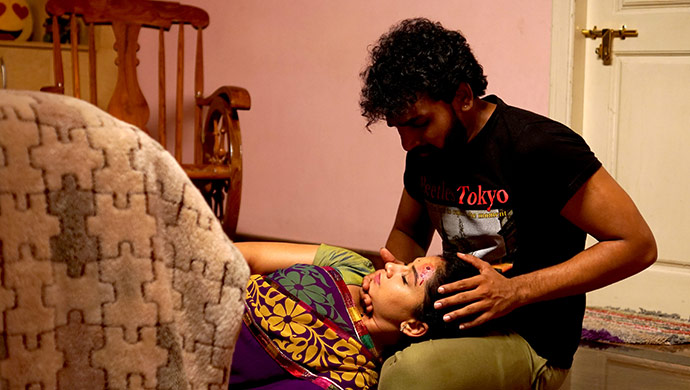 It is honestly very difficult to understand if Chiru is actually inside Ashok’s body. What if he is maybe playing the fool with Arati? We’ll have to wait and watch to find out. 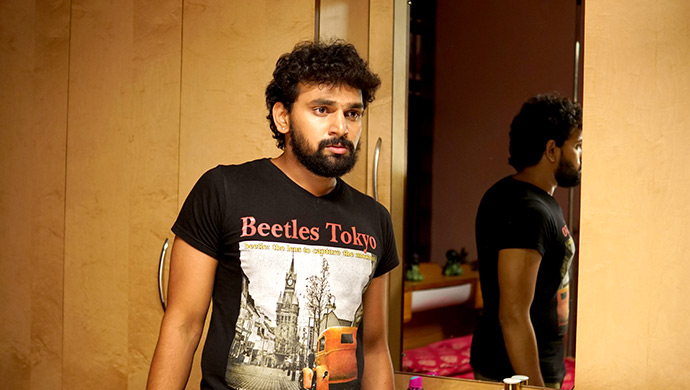 See this look? This is what I was talking about. What if it is a conspiracy against Arati to maybe drive her out of the house? Or worse send her to where Chiru is?

Aathma Bandhana: That One Look 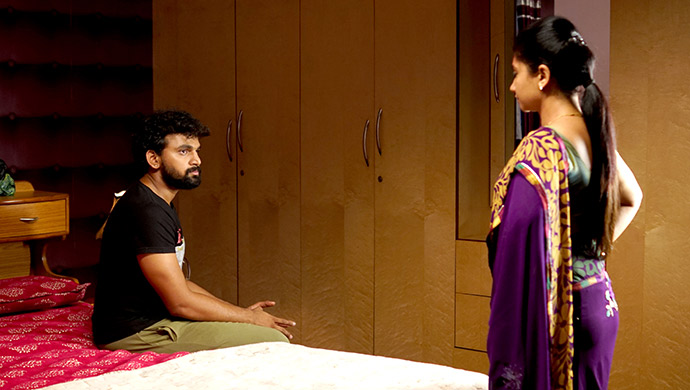 A candid still of Prashanth Bharadhwaj aka Ashok/Chiru and Rajani aka Arati in between stills getting ready for their shot. Although, if you continuously look at the picture it seems that Ashok is kind of sorry for what he did, isn’t it? 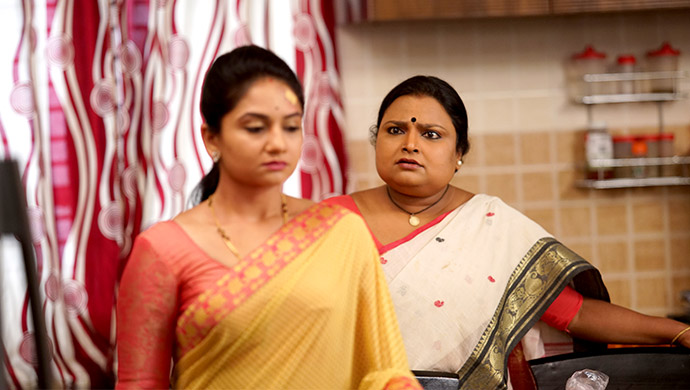 The maid-servant of Arati’s household seems to be telling something important. But doesn’t look even slightly interested in the conversation. Could she be thinking about Chiru? 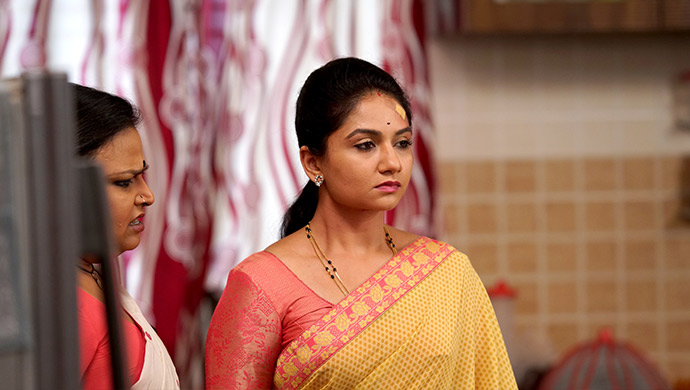 Maybe she is wondering she keeps getting hurt in Ashok/Chiru’s presence? It also looks like she is continuing to ignore Maathangi’s words.

Aathma Bandhana: Running Her Lines With All Emotions 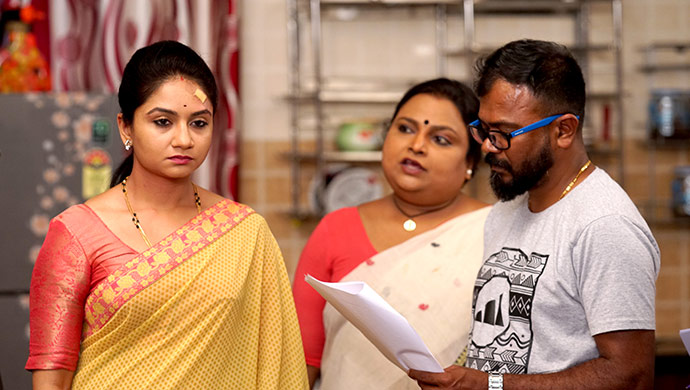 A candid still of Rajani preparing for the lines in between shots. However, if you notice she is right in her element portraying the exact emotion she would while on camera. 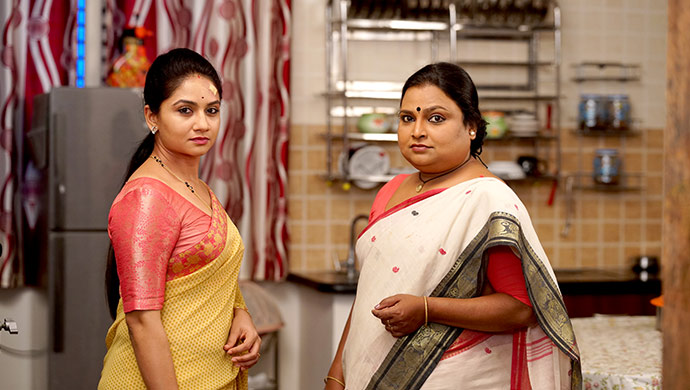 In between shots, Arati and Maathangi are posing for the camera with a sakkath expression on their face. This picture could might as well be the poster of a women-empowerment film. 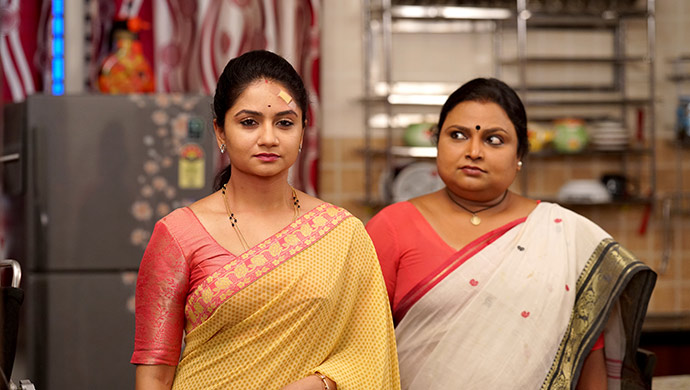 The expression on Maathangi’s face makes it clear that she is not what she seems to be. While Arati has a slight smile on her face, look at the way Maathangi is looking at the former? Like she is cooking up something in her head.

But what will it be? Stay tuned to the future episodes to find out.

Watch Mummy: Save Me if you still don’t want to get out of the ‘horror movies’ bubble, streaming now on ZEE5.