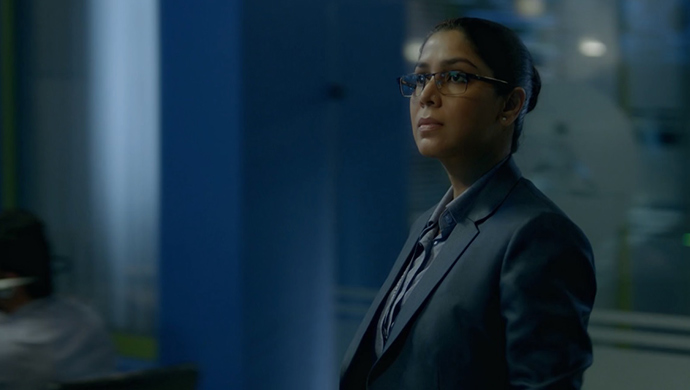 The ZEE5 Originals Final Call is a psychological thriller series that is not only an edge-of-the-seat drama thanks to its powerful screenplay but also teaches us many lessons. Directed by Vijay Lalwani and produced by Ajay G Rai, the series has a talented set of the lead cast aka Arjun Rampal as Captain Karan Sachdev and Sakshi Tanwar as ATC In-Charge Kiran Mirza.

The story revolves around a suicidal commercial pilot Captain Sachdev, who decides to end his life mid-air, like a real fighter pilot of the armed forces (his ex-profession). However, in a turn of events, the coffee he poisoned for himself causes not one but two disasters as it accidentally kills his co-pilot and the backup pilot. Enter, ATC (Air Traffic Control) in-charge Kiran Mirza, who calmly then deals with Karan. Whether he lands the flight safely or not forms the crux of the series.

Today, we will look at the times when Sakshi Tanwar impressed us as Kiran Mirza, in Final Call. Like this scene, which marks the entry of her on the show. She is brought in on her last day at work and lands up with a possible case of hijack when Captain Sachdev’s flight Skyline 502‘s communication goes off.

2. When Kiran Learns About A Death On The Flight 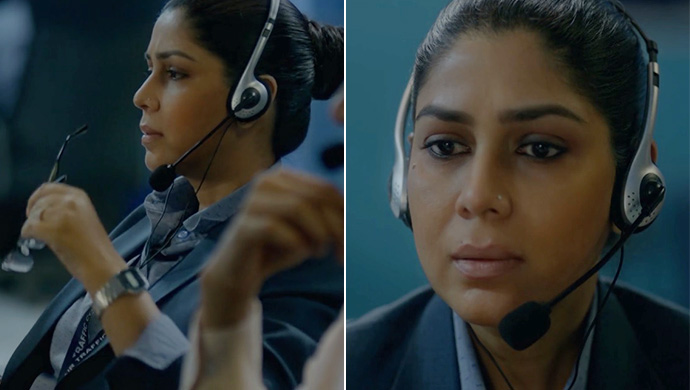 Sakshi has done a fab job in this scene when she learns about the death of co-pilot Abhimanyu on the flight SL 502. While watching the series notice how her expression changes when she hears this news. You will find out the truth by the end of the series but for now no more spoilers! 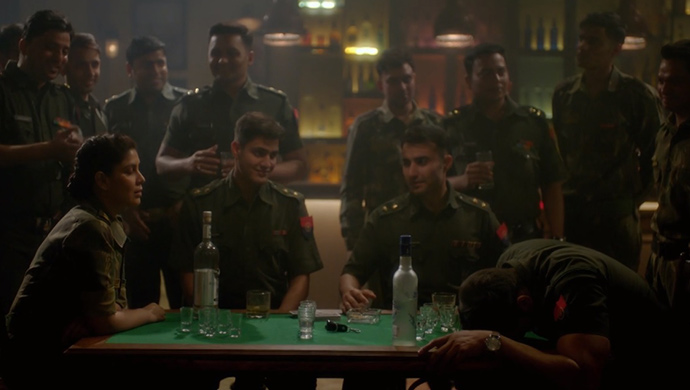 In a flashback, when Kiran is challenged by her senior, while serving in the army, she proves that being a man doesn’t necessarily mean that you are smart. Backstory? She actually pours water into the bottle of alcohol, while her senior takes shots of real alcohol and then passes out thus making her win this competition. It is only later that she reveals to her reporting boss that there was water in the bottle. Watch this scene to get the thrill I am hinting at.

4. The Case Of The Five Strikes 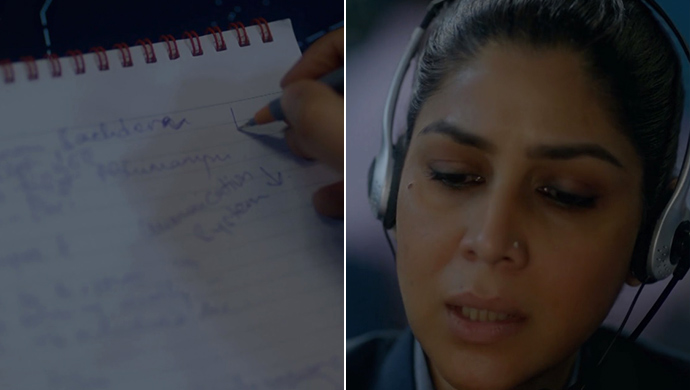 While conversing with Captain Sachdev about the backup pilot Captain Joe, Kiran does something unsual. With each question she is asking depending on how Karan answers, Kiran makes four lines one after another until she reaches the fifth line which is a stroke across the four. Why she does this you will know soon, keep scrolling…

5. The Flashback Of How The Five Strikes Originated 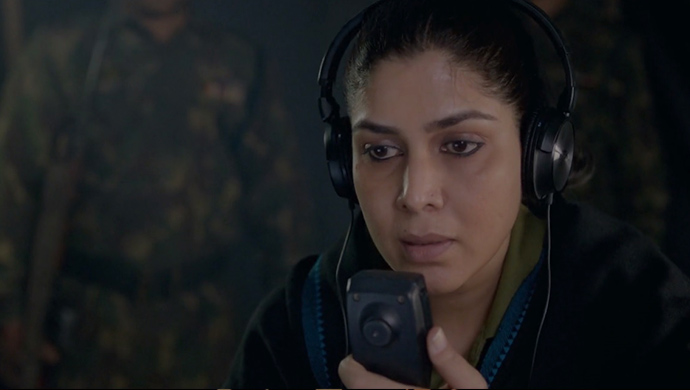 In another flashback, Kiran recollects the time when she had encountered another terrorist attack. With each question to the terrorist, Kiran started drawling lines based on her gut of whether he is lying or not. Then, when the criminal tells her that he has a grenade, she calls his bluff and with the fifth strike asks him to show the grenade at the window. As soon as he appears, she confirms with her men if any one of the snipers has a clear shot and asks them to take it.

6. Don't Mess With Me Attitude Of Kiran 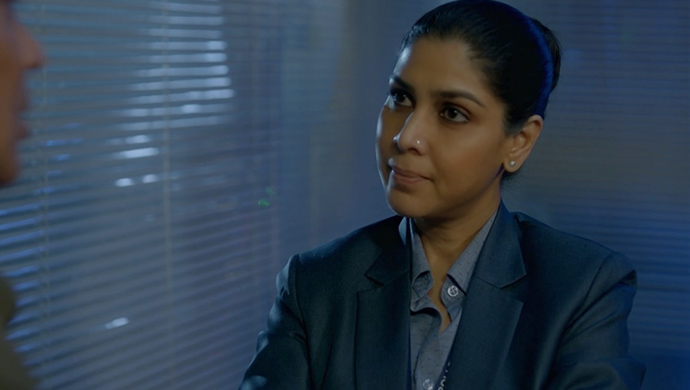 When ATS (Anti-Terrorist-Squad) head Nilesh Kale (played by Vipin Sharma) tries to intervene with Kiran’s interrogating sessions with Karan who is mid-air, she tells him that she knows some about this lady that he has been meeting with outside his married life. She also plainly tells him that even though it is her last day, it may as well be his last day in his married life too. This makes Kale angry and he asks his deputy to get all the possible dirt on Kiran. 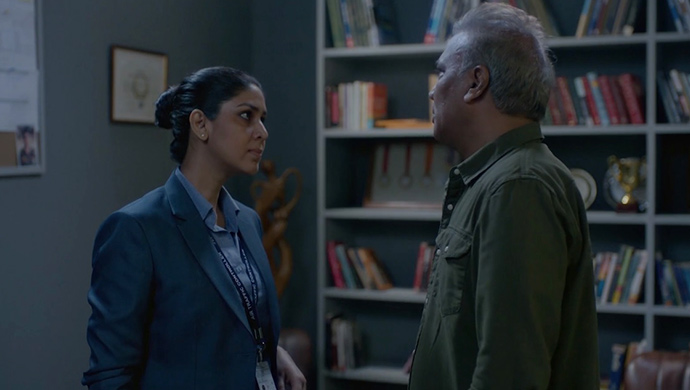 Needless to say, as the show takes an interesting turn, Kale pulls out Kiran from her duties and tells her that he knows who co-pilot Abhimanyu was. This sends Kiran into a flashback about the moment she learnt about his death. Sakshi has done a splendid job playing this scene and the next… 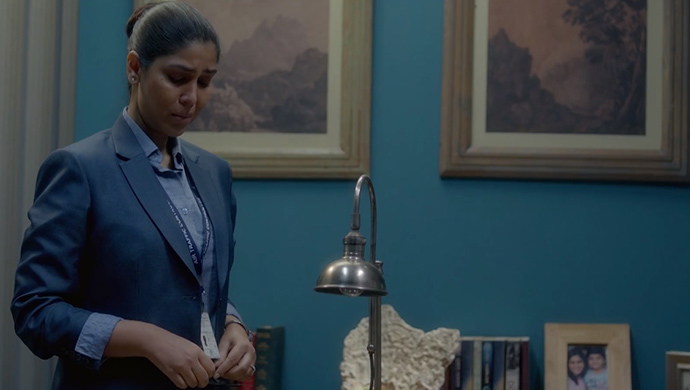 As Kale takes her off the case, Kiran goes back to the moment when she heard about co-pilot Abhimanyu’s death. Remember she asks her officers to write a report in five minutes about what they heard Captain Sachdev say exactly? After she takes a break and goes to her room, she cries her heart about because Abhimanyu is none other than her son.

9. In Life We've Got To Toughen Up And Move Past The Sorrows 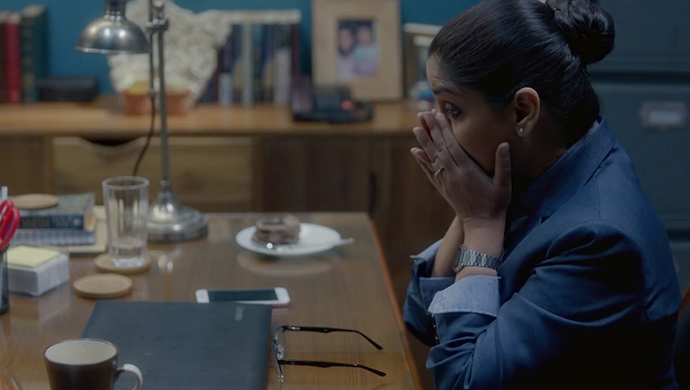 Sakshi’s acting skills will impress you in this scene when she is in the middle of her mother element and then an officer calls Kiran to rejoin her duties. As the committed officer that she is, Kiran wipes off her tears and goes back into the center because she realises that she is still on an important mission.

10. When A Plant Is Uprooted There Is No Hard And Fast Rule That You Can't Regrow Another In The Same Place 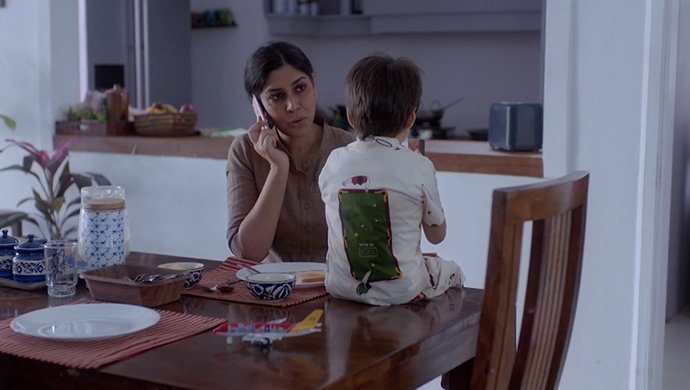 Three years after the incident and her son’s death, Kiran decides to move on in life and adopts a little boy and names him Abhimanyu. She is also seen speaking to her friend telling her that she wants ‘Abhi’ to know about his adoption as soon as he can understand things and be proud that he is adopted.

While everyone had an equal part to play it was hands down Sakshi Tanwar, who won hearts all over alongside Arjun Rampal.

Let us know if you would like to see Arjun Rampal’s best scenes by commenting in the space provided below.

For entertainment, watch Panchatantra, streaming on your ZEE5.