Zee5 is all set to release one of its biggest projects titled Paurushpur, a period drama that primarily revolves around the lives of the higher echelons of a fictional kingdom named Paurushpur. This web series is said to have a lot of similarities with another eminent period drama – Game of Thrones. Many comparisons have been made between that show and Paurushpur, especially involving the characters of both the shows. Interestingly, Shilpa Shinde’s character Rani Meerawati is being compared to not one but two characters – Queen Cersei and Queen Sansa. Here is all that you need to know about this!

Watch the trailer of Paurushpur below:

Rani Meerawati is the first wife of Bhadrasen, the king of Paurushpur. Much like Queen Cersei, she believes that knowledge is power and uses it to her advantage for scheming against others. Being a queen is her most prized possession and she would do anything in her capacity to remain in power. She is strong, independent, and extremely good at mind games. She knows how to manipulate the men around her and how to rid herself of the shackles of masochism and patriarchy.  Aren’t we looking at another Queen Cersei here? From plotting the murder of her husband to being one of the last ones standing in the game of thrones, Cersei has done it all to remain in power and Rani Meerawati reminds us a lot of her. 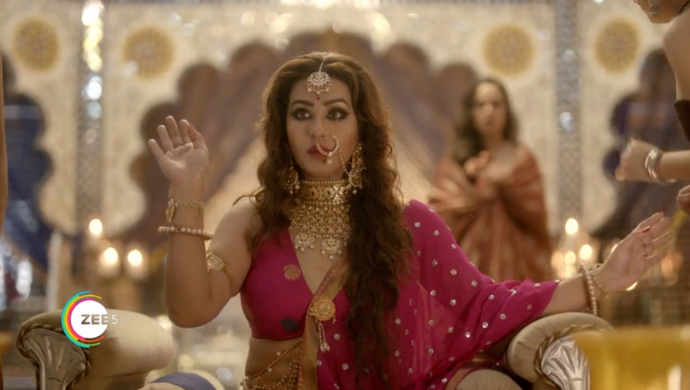 However, Rani Meerawati is not just a manipulative and scheming woman. She is also a dutiful wife who is devoted to her husband who has patriarchy embedded in his mind. She puts up with him treating women as nothing but mere objects and tolerates his masochist ways. Going by these traits, it is safe to say that she resembles Queen Sansa a lot. Sansa was an innocent girl who married the wicked and treacherous King Joffrey Baratheon. She too tolerated Joffrey’s unspeakable behavior and fulfilled all her duties as a wife and a queen.

While Rani Meerawati resembles both Queen Cersei and Queen Sansa, we can only wait for the web series to release in order to find who she really is and what she has in hold for the audience. However, we can surely say that her character is going to one of the major highlights of the show and we cannot wait to see Shilpa Shinda ace the role of Rani Meerawati. This magnum opus web series also stars Annu Kapoor, Milind Soman, Shaheer Sheikh, etc., and is all set release soon only on Zee5.