We saw something on Isha Keskar’s story that confirms this!

Zee Marathi’s hit show, Mazhya Navryachi Bayko has witnessed many changes when it comes to the character of Shanaya. First, Rasika Sunil played Shanaya’s role for two years after which she left as she wanted to complete her education. Then, Isha Keskar filled in Shanaya’s role until post-COVID-19, after which she had a wisdom tooth surgery and she stopped going for shoot and decided to step down to not cause any losses to the makers of the show. At this point, the old Shanaya, Rasika Sunil gladly accepted playing the part once again and was seen till late January 2021!

After the whole drama that ensued with Shanaya’s wedding, she was finally able to marry Kunal and be happy. Shanaya’s character is sent abroad and we don’t see Rasika Sunil on the show anymore! She is mentioned once in a while, but not to be seen. Now, as the show is coming to a close on March 7, the makers have once again roped in Shanaya number 2, Isha Keskar!

Isha recently took to Instagram to share some cute moments with her co-stars from the sets of the show! Look at this adorable picture of Shanaya with her onscreen Mumma! 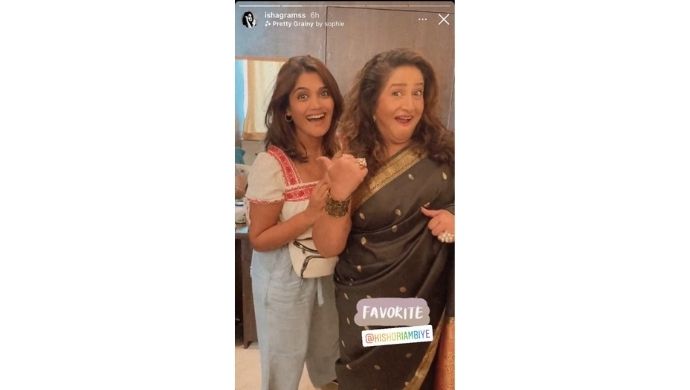 They look extremely happy to be back on set for the last track of the show. Viewers will be very excited to see how they come back and how they are after a while! 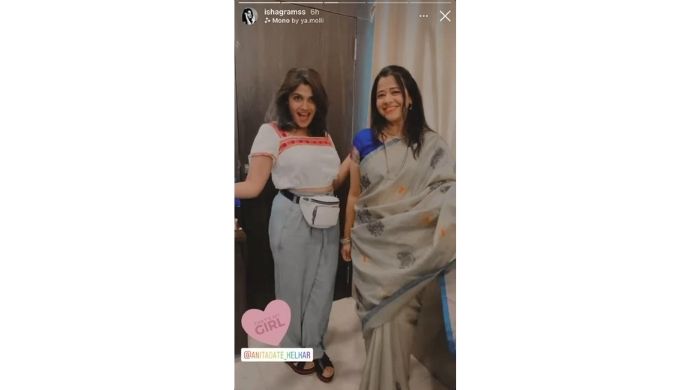 Radhika has not been sporting a saree for a while now and looking at this picture, we think we might get to see a little bit of Radhika’s old avatar with this saree!

Isha also took a picture with her co-star and reel-life Gurunath, Abhijeet Khandkekar! 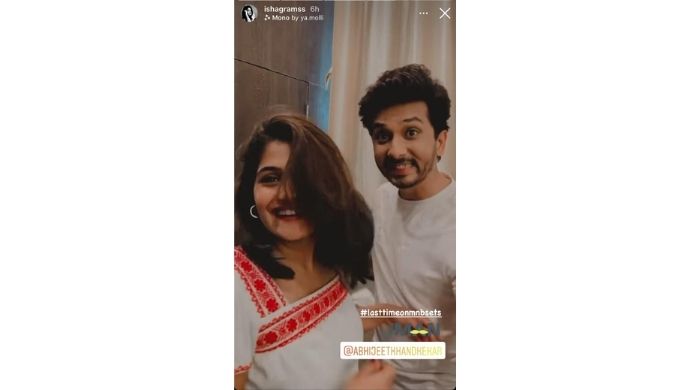 The actress used the hashtag #LastTimeOnMNBSets for this picture. All three actors looked extremely elated on being reunited with Isha Keskar and we cannot wait to see Shanaya either! Is she happy with Kunal? Will she help take down Gotya Seth and Gurunath along with Saumitra, like old times? Keep watching the final leg of this show to find out!