Although the Ki Kore Bolbo Tomay couple, Karna and Radhika Sen, keep having countless bittersweet conflicts, Karna never fails to stand up for his wife when anyone questions her character or work etiquette.

The popular Bengali TV show Ki Kore Bolbo Tomay revolves around the lives of Karna Sen (played by Krushal Ahuja) and Radhika Sen (played by Swastika Dutta). The duo worked together at Karna’s family business Sen Creations before getting married to each other and have recently resumed work again. Radhika was a full-time budding and cheerful fashion designer at Sen Creations before marriage. Although the two of them have always had ongoing bittersweet conflicts, Karna has never failed to stand up for his wife, Radhika, in times of need. Men, take some Monday motivation from Karna and do the same for your partners too.

1. When he defended Radhika’s character in front of Sen Creations’ employees

Previously, when Sen Creations employees gossiped about the photo of Karna and Radhika embracing each other, they talked ill about Radhika. When Karna found out about this, he announced that it was he who took advantage of Radhika and not the other way around, and insisted that they talk ill about him as well. He told them not to attack Radhika about it only due to her gender and stood up for her dignity. 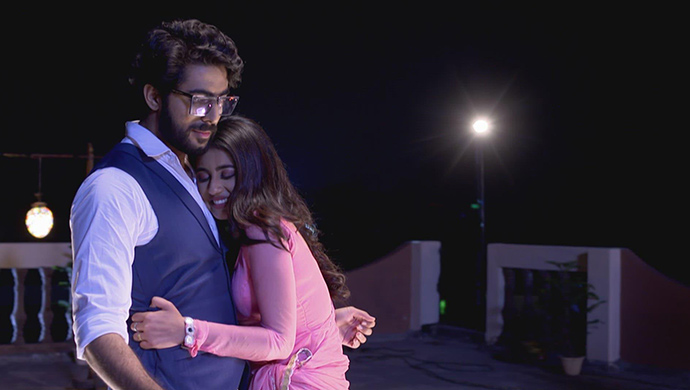 2. When he stood against his family about Radhika’s honesty

When Adinath and the Sen family questioned Radhika’s honesty regarding the money that she had to send to the eyewear store, Karna interrupted them. Karna stood up for her saying Radhika had no reason to lie and would gain nothing by not sending the money.

3. When he stood up against Joy’s violence

When Radhika finally managed to expose Joy and his malicious crimes, the latter tried to attack her. Although Karna and Radhika were not on good terms at the time, he protected her and stood between the two when Joy approached to hit her.

4. When he stood up against Thammi’s conservatism

When Karna heard Thammi asking Radhika to promise that she would never go back to work again, he strongly revolted at this conservative idea. He stated that she was equally deserving to go to work as men are in any household. He did not hesitate to support her passion for working as a fashion designer at Sen Creations even going against Thammi’s wishes.

5. When he defended Radhika’s work ethics

When Thammi delayed Radhika’s departure for the client meeting at work recently, Arghya did not hesitate to taunt Karna constantly. But Karna, who believed in Radhika, defended her in front of him. He even tried his best to convince the client to wait till Radhika arrived when he wanted to leave as it was getting really late.

Watch the upcoming episodes of Ki Kore Bolbo Tomay before TV only on ZEE5!