Kristen Stewart’s most glamorous personalized looks for her portrayal of Princess Diana in her upcoming movie ‘Spencer’. The movie will depict the life of the Princess of Wales.

As fans anticipate the release of the Princess Diana film “Spencer,” great attention is shown to how actress Kristen Stewart will portray the late princess’ style.

‘Spencer’ is all set to release on November 5 and has already stolen much focus through its poster release and premiere. The most anticipation is around Stewart’s take on the portrayal of Princess Diana’s role. As saintly as she is considered, the Princess of Wales flaunted an even iconic fashion style that became popular globally. The Oscar-winning costume designer Jacqueline Durran is working on the wardrobe of this film. She worked with Stewart to produce ensembles that were strikingly close to those worn by Princess Diana herself.

Kristen Stewart arrived at the Venice Film Festival to promote the Princess Diana biopic ‘Spencer’. She dressed in a way that seemed to reflect her majestic role in the movie. Stewart made sure to merge her identity and style with that of the Princess in the most glamorous manner possible. In an ultra-short Chanel romper patterned after the fashion house’s iconic gold-buttoned, chain-trimmed tweed coats, the actress posed for photographs and interacted with the press. With a pair of pearl-accented heels, Stewart, 31, amplified her towering appearance. 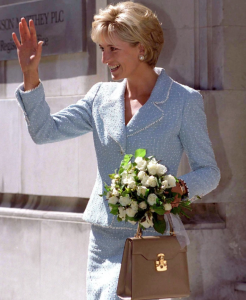 As a Chanel ambassador since 2013, Stewart makes numerous in brand campaigns and front rows. Princess Di, on the other hand, was a stan of the French luxury label herself, until her divorce from Prince Charles. Jayson Brundson, who helped style Diana in one of her royal visits, revealed in an interview how Chanel’s brand logo reminded the royal of her ex-husband’s affair with Camilla Parker Bowles (CC – Charles & Camila). The Princess of Wales sported a number of iconic outfits from the label. It was after the separation which included a bright red coat for a 1988 tour to France. Also, the classic powder blue suit she picked for Prince William’s confirmation in 1997.

In the first look and teaser trailer for “Spencer,” Stewart is shown wearing numerous vintage Chanel pieces. The actress was most recently featured in the official movie poster wearing a beige organza evening gown. It looks similar to a dress from Chanel’s spring 1988 couture line. The gown was remade for “Spencer” in the Chanel atelier, and it took five seamstresses 1,034 hours to complete.