Gauri Khan has been shattered ever since her son has been in the arrest case. However, to meet her son in peace here’s a famous trick she used. Read to know more

According to reports, Aryan had been missing both his parents, had asked jail authorities to arrange a video call with them on their wedding anniversary and had also told dad Shah Rukh, that he wants to meet mommy Gauri, when he had gone to meet him. There have been reports that Gauri may have visited son in jail already during the past few days, when all eyes were on the bail plea hearing. Her car was seen getting out and in of Mannat but there has been no spotting outside the Arthur Road jail. 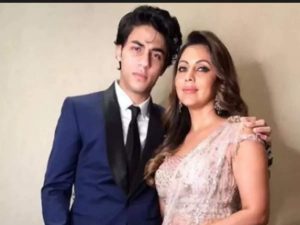 Which makes one wonder if Gauri used the popular Bollywood trick to go see her son. It is known that Bollywood stars go incognito when they don’t want to catch the public eye or when they have to move around in public for research of their work. Shah Rukh himself tried doing that when he chose a Kia Seltos over his high-end luxe cars for his jail visit. He wanted to keep a low-profile but the plan failed.

The kind of commotion that followed on Shah Rukh Khan’s visit, Gauri may have wanted to avoid all the frenzy and just go meet her son in peace. While there is no confirmation if Gauri and Aryan did meet, we hope that the Bombay High Court hearing on Thursday is in his favour and Aryan comes back home soon, and reunites with Shah Rukh and Gauri and little AbRam.

The lastest update is that Aryan’s next bail plea hearing will be taking place today. It is D-day where we would come to know if he sees the sunlight and his parents again or will he have to be among the four walls for the next couple of days.