Agga Bai Sasubai: 5 Things We Will Dearly Miss About The Family Drama

As we look back, there are a few things that will make us miss the show a lot. Let’s take a look.

One of our favorite Marathi family-dramas Agga Bai Sasubai is coming to an end soon. Even though its sequel Aggabai Sunbai is going to start soon, there are quite a few things we’ll miss about the show when it ends. The countdown has begun, and it is hard to believe that we won’t get to see Ajoba say komdichya anymore! As we look back, there are a few things that will make us miss the show a lot. Let’s take a look.

Shubhra became a household name among Marathi TV fans ever since the show began. Tejashri won our hearts with her sunbai performance but sadly, we won’t be seeing her as Shubhra anymore. She is going to leave the show and Uma Hrishikesh will be filling in her shoes for the role. 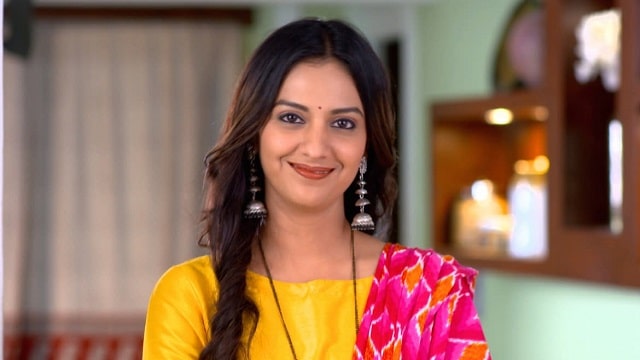 We might have hated Soham in the beginning but we all started loving him as the show progressed. His complex character was brilliantly portrayed by Ashutosh Patki and we’ll miss him a lot. He is also going to exit the show and will be replaced by Mazhya Navryachi Bayko’s Adwait Dadarkar.

When Soham’s antics got us in a bad mood, it was Ajoba and Sulabha Aaji’s adorable friendship that made us laugh. Throughout the series, Ajoba would turn down all of Aaji’s attempts to spend some time with him. It was only towards the end when Aaji decided to leave, Ajoba realized her value. Their adorable camaraderie is definitely going to be missed a lot!

4. Chawl residents and their antics

Maddy was quite the social butterfly on the show and she would lighten up the situation wherever she went. She has played a big role in uniting the Kulkari family and we’ll miss her bubbly and charming persona a lot! Also, her funny accent will always be quite memorable!

What are you going to miss the most about Agga Bai Sasubai?