Here is a list of similar characters from shows and movies on ZEE5, put up with each other, with their similarities and differences.

Have you ever come across films and shows and wondered about how ‘this character is similar to another character from another film or show’. It is probably a common thought. When we watch certain characters with a defined personality and a defined goal, we can’t help but wonder if they share their traits with any other fictional characters. Remember how we used to have those WWE playing cards back in the day? Well, here we have tried to create similar cards albeit with our Bollywood characters.

Giving more imagination to the thought, here is a list of some of those characters’ comparisons from shows and films on ZEE5. 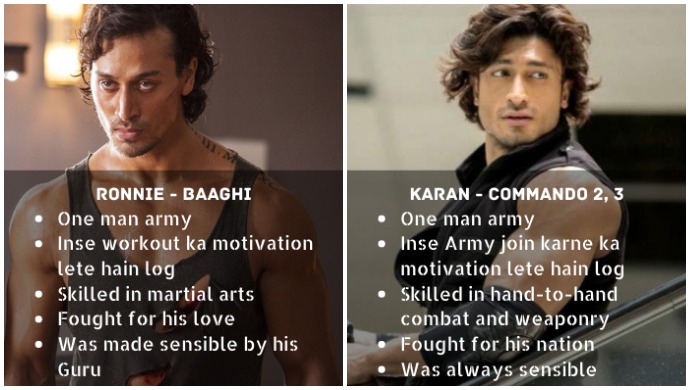 Definitely the best of the fighters in Bollywood! While Ronnie is hot-headed, Karan is that cool guy you don’t mess with! Their abilities are very similar and you won’t regret having anyone in your corner!

You can watch Tiger Shroff’s Ronnie in Baaghi on ZEE5. And Vidyut’s Captain Karan Singh Dogra in Commando 2 and Commando 3 on ZEE5. 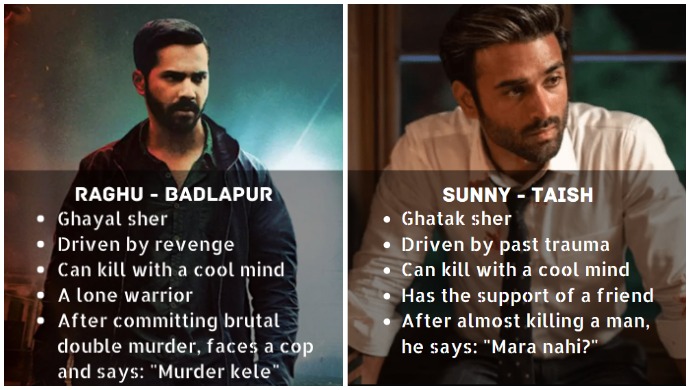 They sure were ruthless and wrathful, weren’t they? While Raghu’s personal tragedy changed him for the worse, Sunny’s past trauma made him a different person. But leaving aside their tragedies, both Raghu and Sunny can be your go-to option when in any fight.

Watch Varun Dhawan as Raghu in Badlapur on ZEE5; and Pulkit Samrat as Sunny in Taish on ZEE5.

Both artists, but with stark differences in their personalities! While he’s crazy, Ved is sober, trying to free himself. Ask us to choose between them and we’ll say it’s a very difficult choice!

Watch Ranbir Kapoor as Janardhan Jakhar, aka Jordan, in Rockstar on ZEE5; and watch him as Ved Vardhan Sahni in Tamasha on ZEE5.

Also read: Women’s Day Spl: 8 Fictional Characters Who Broke The Shackles Of Stereotypes And Rose To Heroism Like Shashi In English Vinglish 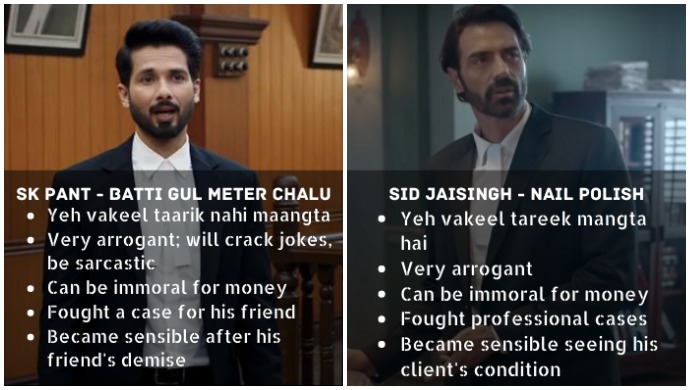 Both are lawyers – corrupt on the outside, but genius advocates on the inside, who also turn righteous. Win win, right? 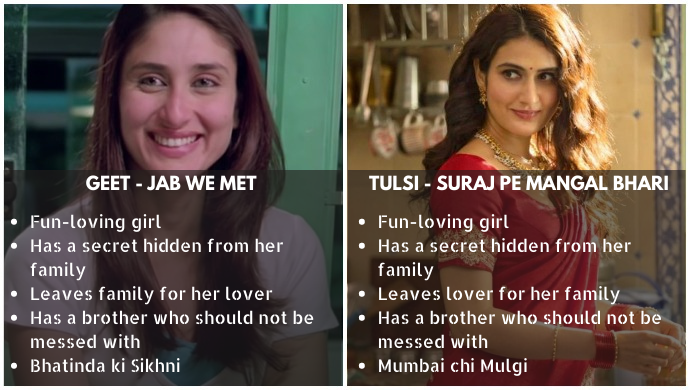 These cheerful girls sure did win a lot of hearts, didn’t they? One is a Sikhni from Bhatinda and the other is a charming ‘Mumbai chi mulgi‘. Again a difficult choice but we’ll be biased ‘cos Kareena gave us the ultimate dialogue in ‘Main apni favourite hoon‘.

You can watch Kareena Kapoor as Geet in Jab We Met on ZEE5; and Fatima Sana Sheikh as Tulsi in Suraj Pe Mangal Bhari on ZEE5. 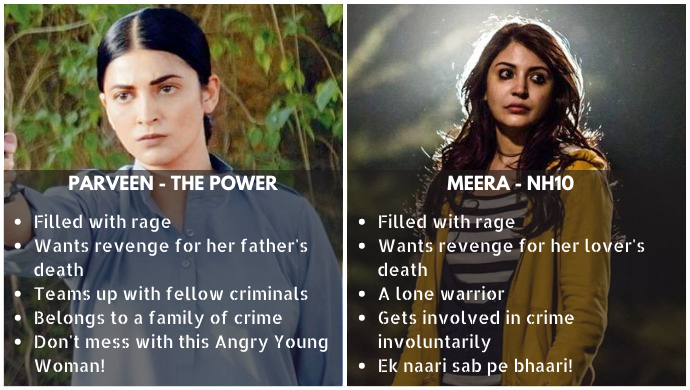 These women are NOT to be messed with! No, seriously trust us when we say this. While Parveen didn’t even mind killing the person she loved, Meera went on a killing spree after her lover was killed! ‘Ahead of this Women’s Day, we salute these characters for being so feisty.

Watch Shruti Haasan as Parveen in The Power on ZEE5; and Anushka Sharma as Meera in NH10 on ZEE5.