Many movies like Scream, Spiderman, and others have been competing with each other in the Hollywood box currently it looks like scream has taken a down root as this movie suspense weekend collection – check out which one it

Spider-Man: No Way Home collected $2.75 million (-21%) on Friday, giving it an $11.11 million (-21%) seventh weekend and a $736 million domestic cume in a weekend free of huge new releases and grosses that will bring PTSD flashbacks of October 2020. This is a raw gross and weekend decline tied with Star Wars: The Force Awakens in the seventh frame of that Star Wars movie. No Way Home is in an unusual situation: it’s a large pre-Christmas blockbuster with no significant early-year competition, either from new films or Oscar season breakouts. The film will earn a third of the weekend’s total of $33.5 million, which was intended to include Morbius before Sony postponed it to April 1. 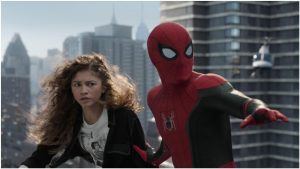 Scream, from Paramount and Spyglass, earned another $2.05 million (-45%) on its third Friday, putting the film on track for a $6.65 million weekend and $61.44 million 17-day total. That puts it behind (for now) The Conjuring: The Devil Made Me Do It ($65 million) and Halloween Kills ($92 million) as the third-highest pandemic-era R-rated film, surpassing The Suicide Squad ($56 million) and Candyman ($61.2 million). If the film maintains its current 60/40 international split, it will surpass Scream 4 ($98 million globally in 2011) and reach the $100 million milestones by tomorrow. These aren’t huge figures for hollywood movies, but they’re decent enough on a $24 million budget and enough positive reviews and hype to support a Scream 6 sequel

Watch the blockbuster Hollywood movie Addicted on ZEE5 in HD. 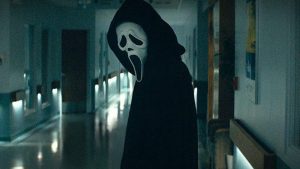