RGV joins the list of stars unhappy with MAA Association

This year’s elections for the MAA garnered more public interest than ever. The association votes stirred the Telugu cinema industry. See what RGV has to say regarding this.

A controversial Tollywood director, Ram Gopal Varma, has made headlines for his satirical remarks about the recently held Movie Artists Association elections. After closely observing the elections, RGV compared the ‘Cine MAA’ to a circus. Have a look at the tweet!

On October 11, 2021, the election was held at Jubilee Hills Public School in Hyderabad using paper ballots. Telugu movie artists association is a small organization with nearly 900 members. Elections for its governing body are held every two years to elect the Executive Vice-President, President, Treasurer, General Secretary, and other Executive members. The presidential elections were held just a few days ago, and actor Manchu Vishnu was declared the winner. 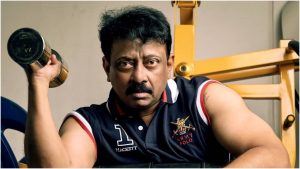 Cine”MAA”people proved to the audience, that they are actually a CIRCUS 😳😳😳😳

Ram Gopal Varma, the controversial director of Tollywood, has reacted to the non-local issue in the Ma Movie Association ahead of the elections. It is well known that a controversy arose over Prakash Raj’s non-local status, to which he responded at a press conference. RGV, active on social media, reacted to the situation by questioning how Prakash Raj can be considered a non-local. In the comments section, social media users responded to RGV, asking if the tweet was directed at the Megastar family. Even after the election results were announced, in which Manchu Vishnu easily won the presidency, the war of words continued.

“Since 30 years, Prakash Raj has been residing here studying Telugu, living here with his kids, and adopted a village in Telangana,” RGV said on Twitter. Is he now a no-local as a result of all of this? #MaaElections.

Despite what appeared to be a friendly exchange between two rival association panel members, Prakash Raj and his colleagues resigned from their positions in protest. In one of his media appearances, Manchu Vishnu made several remarks about Prakash Raj, who supported actor Pawan Kalyan. Prakash Raj, who was defeated in the MAA elections, resigned from the organization, claiming everything had a deeper meaning. Although he stated that his self-respect prevented him from continuing in the MAA, he would continue to act in Telugu films and maintain his relationship with the industry and fans. He was reportedly enraged after the rival group labeled him a non-Telugu.