Rakul Preet Singh was summoned by the Enforcement Directorate (ED) for being a part of a four-year-old drug case.

Actress Rakul Preet Singh was questioned by Enforcement Directorate (ED) for allegedly being involved in a four-year-old drug case. The actress was demanded by the official crime and investigating body at the Hyderabad office to be present on September 6th but, Rakul Preet Singh requested the officials to prepone her questioning. Following this, the ED rescheduled her date of cross-questioning and asked her to appear on September 3rd. This comes after renowned actors like Rana Daggubati, Charmee Kaur, and Director Puri Jagannadh along with Rakul Preet Singh were also suspected to be a part of a drug racket.

Rakul Preet Singh was questioned by the Enforcement Directorate (ED) for causing blunders in her financial transactions in recent years. The case was registered by Telangana Excise and Prohibition Department. The investigating body unveiled that 11 charge sheets were filed against these actors. The Enforcement Directorate (ED) continues to rigorously investigate the case until they catch the real faces behind the matter. The official body reported that the case comes under low-level drug trafficking. The Special Investigating Team (SIT) of the Enforcement Directorate (ED) didn’t have much amount of evidence against the actors involved in the drug smuggling case. The (ED) had collected their hair and nail samples back in 2017 but, now they continue to look inside the case and catch the real culprit. 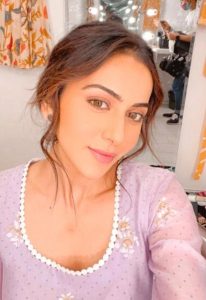 On the professional front, Rakul Preet Singh has predominantly worked in Telugu, Tamil and Hindi films. The actress has won many laurels and awards for the same and her dance moves and acting skills are adored by millions of fans. Rakul Preet Singh was last seen in the Bollywood film d De De Pyaar De (2019) starring alongside Ajay Devgan and Tabu. The actress currently stands at 17.4 million followers on her Instagram and growing. However, the actress hasn’t revealed her future projects.