Preeta, Pragya, Kalyani And Other TV Bahus Who Are Struggling For Their Happiness Currently!

While Preeta is in jail struggling to prove her innocence, Kalyani is worried that she may get arrested! And this proves that no Zee bahus is happy currently.

Our favourite Zee Bahus are suffering in their shows currently! Yes, be it Preeta or Pragya, all the Zee ladies are going through a hard phase and of course, the villains are totally enjoying it. Preeta is arrested in Akshay’s murder case while Pragya is tensed as she cannot find a lawyer to bring Abhi out of jail. Things are not good even in Rajawat house as Veer is trying to save Rani who is abducted by goons. To elaborate on the same here’s taking a look at how our beloved bahus are currently suffering in Zee TV shows.

Pragya (Sriti Jha) was finally set to have a happy ending with Abhi (Shabir Ahluwalia) when he came to take her home. However, Tanu (Leena Jumani) didn’t want this to happen and so she accused him of raping her. Now since he’s in jail and Pragya is struggling to find a good lawyer who can help him out, she’s currently all tensed and worried. 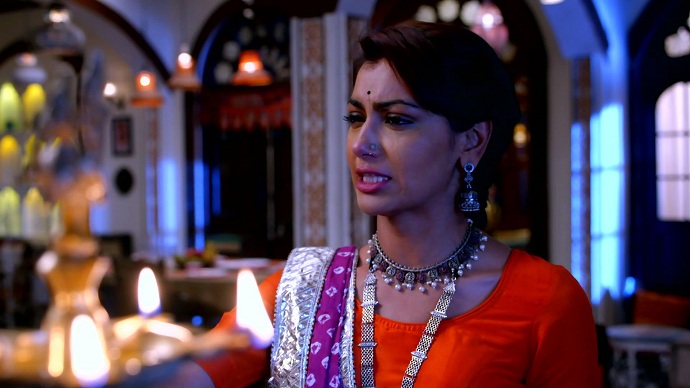 As police investigated Akshay’s murder case in Kundali Bhagya, Preeta (Shraddha Arya) was arrested as all the proofs were against her. While Karan (Dheeraj Dhoopar) tried to save her, nothing worked out and she was put behind bars. Preeta is devastated since she’s imprisoned for a crime she never committed and currently, there’s no way for her to come out.

Chahat (Pratibha Ranta) is sad since she got separated from Neil (Rajveer Singh) after she tried to kill herself. Post the leap in the show, she finds out about Neil through her daughter Dua and now, when she was about to meet him, Sahil and Alok hatch a plan to kill him. Now to expose them as the culprits and to save Neil, Chahat has disguised herself as a Punjabi man.

Navya (Shrishti Jain) was abducted by Lallan and Adi (Raghav Tiwari) when they kidnapped Renuka (Juhi Parmar) after her delivery. They wanted Mukund’s (Shakti Anand) property and so they decided to take the baby away. Navya being an obstacle, Sahil kidnapped her and also tried to misbehave with her. Sumitra and Adi joined hands to make Renuka’s life miserable and also draw a plan to kill her. While Navya escapes Sahil’s trap with the baby, she gets accused of kidnapping the same baby. Now, Navya is behind the bars and Mukund is trying to get her out of it,

Kalyani (Reem Shaikh) has been accused of Sunita’s husband’s murder. She went to save Sunita from her husband and ended up killing him. Now, Malhar (Sehban Azim) is appointed to investigate the case and Kalyani is one of the suspects. She goes through a lie-detector test and later Malhar tells her that he won’t spare the killer even if it’s his own wife. Kalyani is scared and worried that her crime will soon get highlighted.

Shubhra (Neha Marda) is worried as Kuldeep (Siddhaanth Vir Suryavanshi) and Roli visited Pune to meet Rishi. While she is managing things on her own, she gets a call from society members regarding some problems. She is trying to figure out things while Kuldeep takes a stand for her. However, Shubhra stops him and says that she would manage things on her own. Currently, she fighting one too many battles and is worried if it would start affecting Rishi in any way.