Monday Blues are no less than soaked feet during the monsoon. There isn’t much that can be done around the time, except for one – binge-watch! Clear all your Monday blues by taking a break this monsoon with your favorite and series on Zee5.

The beginning of a workweek is really tough and we completely agree. So, here is a list of light-hearted series to save you from the Monday blues, especially during this calming monsoon weather. This period is all about generating freshness and spreading happy emotions by ending the dry summer. A rainy day does give us a gloomy mood and soaked feet. There isn’t much that can be done around this time, except for one – binge-watch! What can be better than being able to lift your spirits by streaming your favorites on Zee5!

So, the next time you’re suffering from the Monday blues, tune in to Zee5 for a marathon of entertaining comedy. 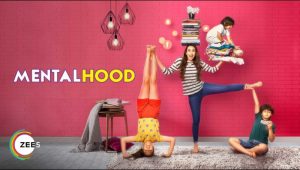 On television, we are frequently given an antiseptic depiction of parenthood, with a woman cheerfully multi-tasking. To use a colloquialism, it can be ‘Mentalhood’ in reality. That is the title and message of Karisma Kapoor’s first web series. The show, which can be seen on Zee5, encourages you to embrace your parenting style because there is no one-size-fits-all approach. ‘Mentalhood’ is a one-of-a-kind adventure of an imperfect parent who can be anything from protective to anxious, playful to ferocious.

This series takes on a fun portrayal of an engineering student’s life. Three female engineering students deal with dorm turmoil and interpersonal difficulties while pursuing their goals. Barkha Singh, Kritika Avasthi, and Sejal Kumar act as the main protagonists. A tight performance by the cast along with an interesting plot makes this series a must-watch. 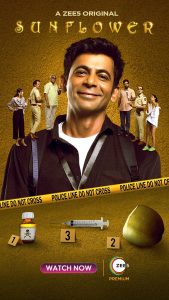 Mr. Raj Kapoor (Ashwin Kaushal), a Sunflower residential society inhabitant, is discovered dead in his home. When the cops start their inquiry, the bulk of the inhabitants and tourists are made suspects. Will the cops be successful in solving this case? Directed by Vikas Bahl, Sunflower Presents a murder mystery with a unique sense of humor. 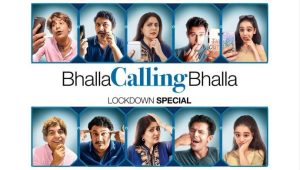 ZEE5 released ‘Bhalla Calling Bhalla’, lockdown special series shot by the actors and their families at their respective homes. The show follows a simple premise in which a family of four, the Bhallas, are stranded in various regions of the country due to the state of lockdown. They realize they need to be with each other as the situation worsens and the lockdown is extended. During these difficult times, this program is a breath of fresh air, guaranteeing you plenty of laughs.

The Viral Fever’s Tripling is an Indian web series. It chronicles the story of three siblings as they go on an impromptu road trip. This series is cheerful and happy due to the chemistry of these three siblings. The first season is comprised of five episodes that can easily be binge-watched in one sitting. This series has a distinct flavor because of its intriguing script and dialogues. Every episode is a fantastic journey to witness.

The web series Pitchers isn’t about most people. It is, yet somehow, about everyone. Everyone who is fed up with their inept employment, everyone who wants to resign, and wants to start over. The five episodes of this series follow four buddies as they face challenges ranging from increasing baby corn costs to investor rejections for their company. The men spend all of their time and money on their concept after making it to the finals of the NASSCOM Product Conclave. This series is here to clear all your Monday blues for real. 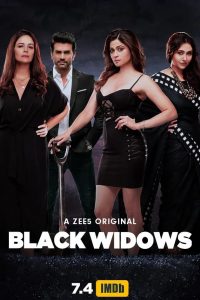 Black Widows, a ZEE5 original, is a fantastic dark comedy about three women who vow to kill their violent spouses and start a new life. However, things do not go as planned, and things only get more convoluted, resulting in a highly entertaining 12-part series. 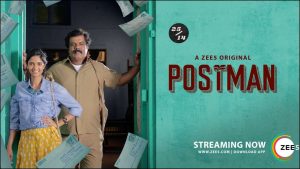 The ten-episode web series follows an enthusiastic Rajinikanth fan who is left with an unfinished assignment and an anthology of the nine letters he was unable to send after his brutal accident. ‘Postman’ is a gripping story with a unique blend of emotions that is nicely put together. It tells nine different stories, making it ideal for binge-watching for a wide range of audiences. It’s moving, funny, and has a compelling storyline. 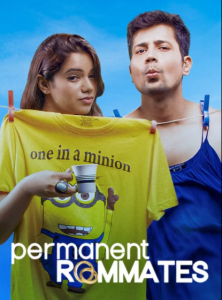 If you live in India and enjoy watching television, you’ve probably lamented the lack of decent material and engaging stories. Permanent Roommates, which premiered in 2014, was TVF’s first effort and best at a web drama series that they aced. Permanent Roommates covers the plot of Tanya (Nidhi Singh) and Mikesh (Sumeet Vyas) who have been in a long-distance relationship for three years. The light-hearted chemistry between the two will make you forget all your woes.

Inmates, a web series set in India, has defied stereotypes in a number of ways. It’s not about marriage, it’s not about being a good father, and it’s not even about being a decent wife. Inmates follow a group of four young people, each with their own set of goals and “morals.” It chronicles the lives of these buddies as they attempt to make it big while also figuring out who they are. The four friends that live together are like water and oil, causing us to laugh at their antics. These confrontations appear to be quite normal, and you can relate to them on a deep level.