Taarak Ka Mehta Ka Ooltah Chasma fame Babita aka Munmun Dutta is celebrating her birthday today. The actress was showered upon a lot of love and wishes by her fans and friends from the television fraternity. Well, the actress celebrated her special day with her mother and shared a few pictures from her birthday celebration on her Instagram handle.

Taking to her Instagram handle, Munmun shared a few pictures from her birthday celebration and thanked everyone for all the love and wishes. The actress also stated that she feels blessed to be happy, healthy and wise another year.

Munmun’s friends from the television fraternity too showered her with love and wishes and wished her a very Happy Birthday. From Debina Bonerjee to Nikkesha, Munmun was showered with wishes on her birthday.
Have a look at a few birthday wishes for Munmun here : 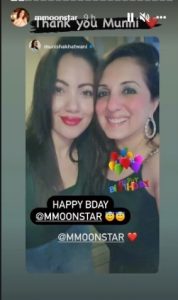 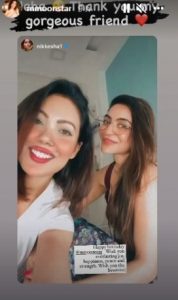 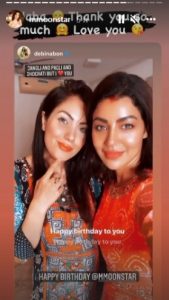 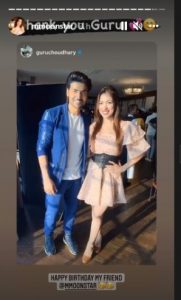 Well, Munmun Dutta was in the headlines for her rumored relationship with her costar Raj Anadkt. The actress is rumored to be dating Raj, who is 10 years younger to her. Both Munmun and Raj were trolled mercilessly when this news came out, after which the actress took to her Instagram handle to clarify this news and also bashed trolls for spreading rumours. However, the actress later deleted the post off her social media handles.

Munmun Dutta is a part of the popular comedy show Taarak Mehta Ka Ooltah Chasma for more than a decade now and has garnered an immense number of fan following too.

We wish the gorgeous Munmun Dutta a very Happy Birthday.