The love and appreciation for Telugu superstar Mahesh Babu continue to grow by leaps and bounds offline and online. Why do fans love their ‘Prince of Tollywood’?

Mahesh Babu, also known as the “Prince of Tollywood” made his debut as a child artist in a cameo role in Needa (1979), at the age of four, and acted in eight other films as a child artist. Born and brought up in the sphere of “lights, camera, and action” he soon won everyone’s heart after appearing in the main lead of “Rajakumarudu”.

Superstar Mahesh Babu has a huge fan following on social media. Recently, the actor achieved an incredible milestone with over 10 million followers on Twitter. He is the first South Indian actor to have achieved this feat. He has not only made his sincere contribution to the movie business, but has also supported various causes. Mahesh and his wife, Namrata Shirodkar, have adopted two villages in the Telugu states. He has also been funding hospitalizations and surgeries to save young lives.

Celebrities have surely found a new way to reach out to their fans and keep in touch with them through these various social media platforms. However, Mahesh Babu has not only received an immense amount of love from his fans in appreciation of his commendable work in the creative space but also won applaud for his work for society.  Even through his films, the celebrated actor highlights various issues. His film “Maharshi” made a strong case for farmers. 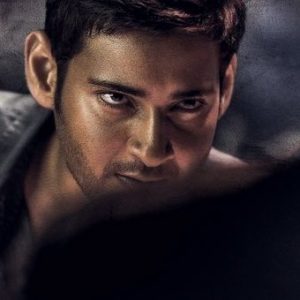 Celebrating this achievement, Mahesh Babu took to Twitter to share a special poster. He wrote, “10 MILLION thanks can never sum up the immense gratitude I have! Truly happy to be virtually connected with all of you… Much love #10MillionStrong (sic).”

His fans have been trending various hashtags including #10MillionMAHESHIANS, #10MillionMaheshiansOnTwitter on Twitter.

Mahesh Babu’s fans are delighted that their favourite star has clocked 10 million followers on Twitter. The Tollywood superstar has become the most popular male south Indian star on the social networking site.

On the work front too, he continues to roll. Mahesh Babu has collaborated with the Baahubali fame director SS Rajamouli for his next project.