Disha Patani and Tiger Shroff have been seen on-screen and off-screen. Their pair is reportedly in a relationship but they have always denied it saying both are just good friends

With their hard work and passion, Disha Patani and Tiger Shroff have made a niche for themselves in the entertainment industry. Both are fitness enthusiasts and it would not be wrong to call them one of the fittest in Bollywood. They have proved themselves working in action films like Baaghi 2 and Baaghi 3. As opposite to their claims of being just friends, the pair have been spotted around the city together on many occasions on dinner dates, film dates, etc. Here are times the alleged couple made headlines for their PDA.

Apart from their great chemistry in films, both of them made headlines for their PDA. Their social media PDA game is always strong. They are good at playing with the media and calling off their relationship rumours but fans have noticed them showering their love for each other on social media. They are seen commenting on each other’s pictures and sending heart emojis. Their comments have been seen by fans and there is no stop since then.

On Valentine’s day, Disha was seen saying on Instagram that she said yes to someone who asked her out. We hope it’s Tiger! Disha and Tiger were seen posting a picture doing the same pose– with a finger on their lips and fans just lost it. Many fans loved the couple’s social media game and the rumours just became strong. 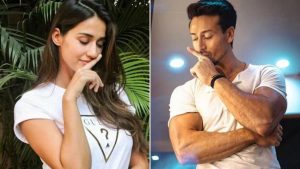 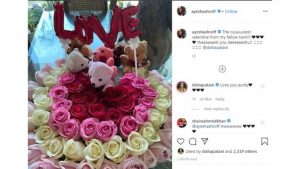 At the screening of Disha Patani’s film, Malang, Tiger Shroff came to support her too! Many stars were in attendance at the premiere but Disha and Tiger just stole the spotlight. The chemistry of both the actors was seen at the premiere. Tiger was seen holding Disha in his arms and the duo was spotted whispering, smiling, and talking to each other. The love birds couldn’t take their eyes off each other and look super adorable.

We hope Disha Patani and Tiger Shroff just proclaim their love for each other and make the wedding bells ringing for all of us.