Yeu Kashi Tashi Me Nandayla: As Omkar Is Repulsed By Momo, Here’s What He Can Do To Get Rid Of Her

Omkar is repulsed by her and is finding ways to get her out of his life. On that note, here are a few ideas for Omkar to get rid of Momo.

In Yeu Kashi Tashi Me Nandayla, Omkar’s sister Malvika has been trying to set him up with a spoilt and rich girl named Momo. She (Momo) has been trying to get Omkar’s attention using various tricks but to no avail. All her plans to get Omkar’s attention are going in vain and that leaves us in splits. In fact, Omkar is repulsed by her and is finding ways to get her out of his life. On that note, here are a few ideas for Omkar to get rid of Momo.

Watch the latest episode of Yeu Kashi Tashi Me Nandayla:

Sweetu and Omkar have grown much closer lately. If he were to tell her about the Momo problem, Sweetu will surely help him. They could even pretend to be together and hopefully, Momo will leave them alone. This way, maybe Omkar and Sweetu might get closer too.

2. Set Momo up with someone else

Momo doesn’t care as much for Omkar as she does for his wealth. She has no interest in him romantically or emotionally, she just wants his money. If Omkar were to set her up with someone else who is as rich as him, Momo will surely leave Omkar for the new man. 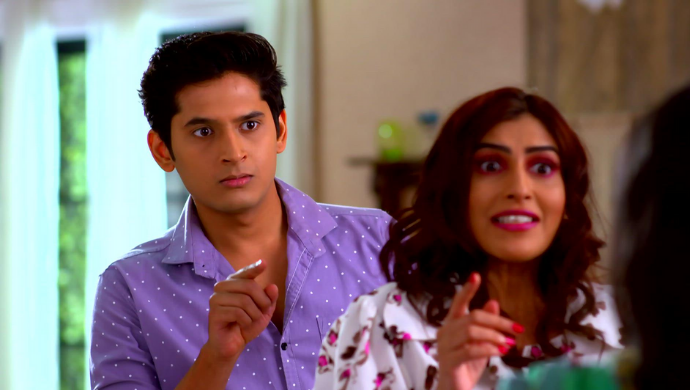 3. Be honest with Malvika

Even though Malvika is a vamp, she seems to really have a soft corner for her beloved brother Omkar. If he is just honest with her and tells her he has no interest in Momo, she might ask Momo to leave. As it turns out, Malvika too cares for Momo’s money and doesn’t actually like her.

It is kind of hilarious how Momo has to call her ‘papa’ each time a minor inconvenience happens. She is a spoilt daddy’s girl who will surely listen to him. If Omkar contacts her ‘papa’ directly and lets him know he has no interest in Momo, then ‘papa’ will surely ask her to come back.

5. Be upfront with Momo

If none of these ideas work, the best thing Omkar can do is be honest with Momo. He should just tell her that he does not see her ‘that way’ and it’s best if she leaves. Thanks to Malvika, Momo is still under the impression that she has a shot with Omkar. If he just comes clean to Momo, she might leave.