The star kids often become good friends because of their parents being serving the same industry. Their friendship becomes stronger as they grow up hanging out in the same sets and studios. Saif Ali Khan’s daughter, Sara Ali Khan, and Boney Kapoor’s daughter, Janhvi Kapoor were recently snapped coming out of their Pilates class

The Kedarnath actress Sara Ali Khan and Janhavi Kapoor are who made their debut in the same year are friends for a long time. Recently, they were spotted together after their Pilates session wearing the same white tank top with “Pilates Girl” written on it while leaving in the same car. The duo often posts videos of working out together.

The two stars walked out casually and moved towards their cars. Sara, instead of climbing in the backside of her car, hoped in Janhvi’s SUV and joined her to head out together. The two waved to the paparazzi while walking towards their cars. 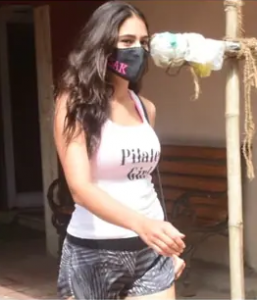 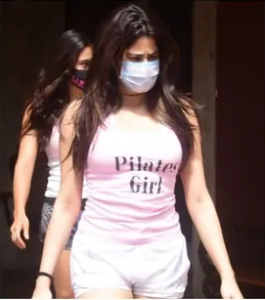 Sara Ali Khan and Dhadak actress Janhavi Kapoor are often seen partying together and recently took a vacation in the Maldives were seen working out together there. It’s very less to be seen that the two leading actresses of Bollywood bonding on another level.

On a Workfront, both the actresses have been busy with their respective projects. Last seen in ‘Roohi’, Janhvi recently wrapped the shoot of her next film ‘Good Luck Jerry’. She will next be seen in ‘Dostana 2’ and ‘Takht’. While Simba famed Sara Ali Khan has wrapped the shoot of ‘Atrangi Re’ with Akshay Kumar and Dhanush.