Women’s Day Special: Mazhya Navryachi Bayko’s Radhika Is A Perfect Example Of A Strong Woman Teaching Us To Stand Up For Ourselves

After Radhika’s interview is a success, Gotya Sheth is angered and says some things that make Radhika take a drastic step!

Mazhya Navryachi Bayko has been Radhika’s story from a housewife to the owner of a 300 crore business. She has seen various problems but nothing has stopped her from doing what her goal has been! Of course, she has had the support and it has taken her time to get out of her own husband Gurunath’s trap. Now she is faced with one of the biggest villains in her life apart from Gurunath, Gotya Sheth!

Gotya Sheth has become the thorn in Radhika’s side from the time she entered the village. He has kidnapped Jenny, treated Radhika poorly multiple times and now, in the latest episode, he visits Radhika and gives her two options: take the money and leave the village or one of the village ladies who support Radhika will be killed. Unbeknownst to him, Maya has installed a secret camera and mic so that anything that Gotya Sheth has uttered will be recorded. 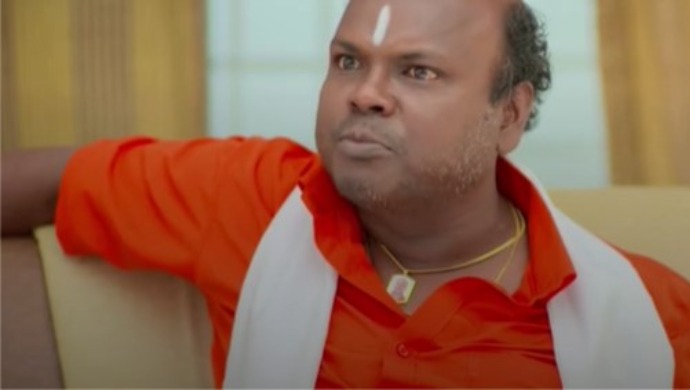 Previously, Radhika’s interview on the radio with RJ Shruti too was successful where Radhika shed light on all the happenings in the village and all of Gotya Sheth’s misdoings. She gained a lot of support from social media and generated a lot of awareness. Gotya Sheth is angered by exactly this and even threatens to drag Radhika out of the house and finish her!

As Women’s Day inches closer and so does the show’s finale episode, we see how Radhika slaps Gotya Sheth not once but twice not just from her side, but from all the women in the community! Radhika has usually needed her friend’s and dear ones’ help, but this time, even though Saumitra is not around, Radhika is so angered, she stands up and does not tolerate Gotya Sheth’s disrespect at all! Even with the police around, Radhika slaps Gotya Sheth and teaches us all that we must not allow anyone to disrespect us!

From a naive housewife to this, Radhika who can spit out angry words and slap villains, she really has come a long way and we are here for it!